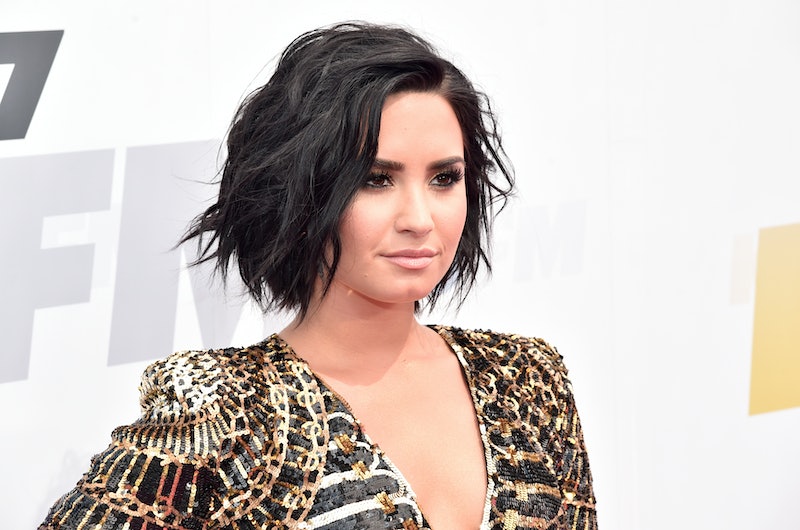 In summer 2016, Wilmer Valderrama and Demi Lovato decided to call it quits on their relationship. Given that the photogenic pair had been together for almost six years, no matter how cynical you are about celebrity couples, you could acknowledge that this was a melancholy moment. So who is Lovato dating after Valderrama, if anyone? Given that she;s a talented, charismatic woman with a high profile, it's not going to be a huge revelation when I tell you that she found a new partner pretty quickly.

In summer, TMZ Sport reported that Lovato met model/mixed martial artist and UFC Middleweight Champion Luke Rockhold at the Unbreakable MMA gym in L.A and the pair shortly began dating afterwards, though keeping things quiet. They went on their first public date to an L.A. Rams game in November.

Sadly, things didn't work out and they separated shortly after, with an unnamed source telling People:

“Demi and Luke broke up before Christmas. It wasn’t anything dramatic. The relationship just wasn’t heading where she wanted it to go. Luke was really cool about it, and they were on the same page.”

But, once again, Lovato found herself a fighter she felt a spark with. She's currently dating the Brazilian MMA fighter Guilherme "Bomba" Vasconcelos. This hasn't come out of nowhere. People reported that Lovato and Vasconcelos allegedly “had a quick fling” in July, prior to her involvement with Rockhold, and, from the looks of things, after Lovato and Rockhold separated, they decided to give it another try.

The pair are incredibly snuggly together and Lovato is all over Vasconcelos' Instagram, which you know has got to be a good sign for the new couple. They rang in the New Year together, go for walks together, and basically look more and more in love with every photo.

Ready to feel the intensity of this pair's feels for one another one more time?

Despite trying to make it to the end of this article without using the term #goals once, this sweet photo has wrung it out of me. I am but human, what do you expect from me? Yes, fine, I'll admit it: this loved-up pair are total goals.