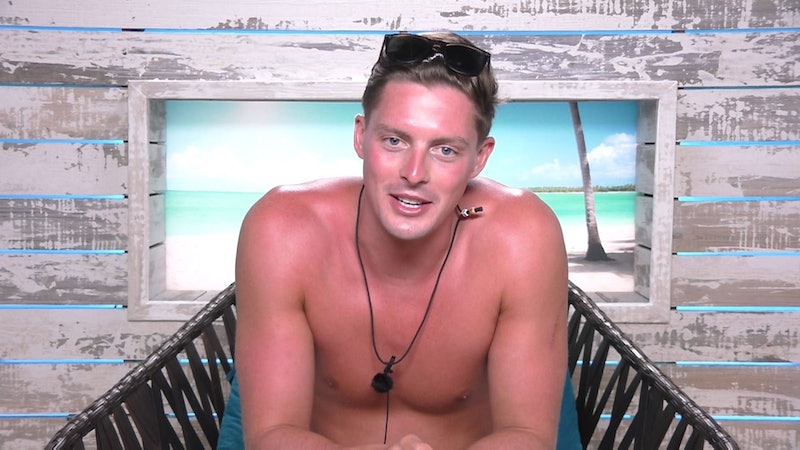 When a fresh-faced Love Island contestant enters the infamous villa, they do so with the hope of finding their significant other. Sadly, the vast majority of participants don't end up finding true love during their stint on the ITV2 show — and one of the most famously unlucky islanders in the show's history was Doctor Alex George, who appeared in the 2018 series. Since leaving the villa last summer, Alex has delved into new reality TV territory, and is set to appear on the upcoming series of Celebrity Masterchef, but who is Doctor Alex from Love Island 2018 dating now?

As reported by the Daily Mail, the former islander was previously rumoured to be dating the Team GB Olympic snowboarder Aimee Fuller. However, following an Instagram post on New Year's Day 2019, Doctor Alex confirmed that he is in fact dating Ibiza Weekender star Amelia Bath — and, by the looks of it, their relationship is still going strong, because the famous couple uploaded an adorable snap together just last month.

According to The Sun, George first let-on that he'd finally found love during the 2018 Love Island Christmas reunion. Speaking to his former cast mates while filming in the reunion show's country retreat, he said, "I've got a girlfriend but you guys don't know her." However, Bath's identity wasn't revealed until a few months later.

As reported by the Metro, veteran judges John Torode and Gregg Wallace will once again watch over the competing celebs, who will battle it out over the course of six weeks in a bid to be crowned the 2019 Celebrity Masterchef champion. When speaking about the brand new series, Shine TV Executive Producer, David Amble, said:

"This year we’ve really put the celebs through their paces with some really exciting new challenges and world-class chef guest judges. The series has it all — commitment, passion, plenty of laughs and entertainment and some really incredible food — cooked by the most unlikely of people. It’s been a joy to produce and I can’t wait for fans of the show to see it."

As reported by iNews, an official start date of Celebrity Masterchef 2019 is yet to be announced, however we shouldn't have too long left to wait as the series is expected to debut at some point during the summer. And I don't know about you, but I cannot wait to see our favourite reality TV doctor whip up some magic in the kitchen. Bring it on.