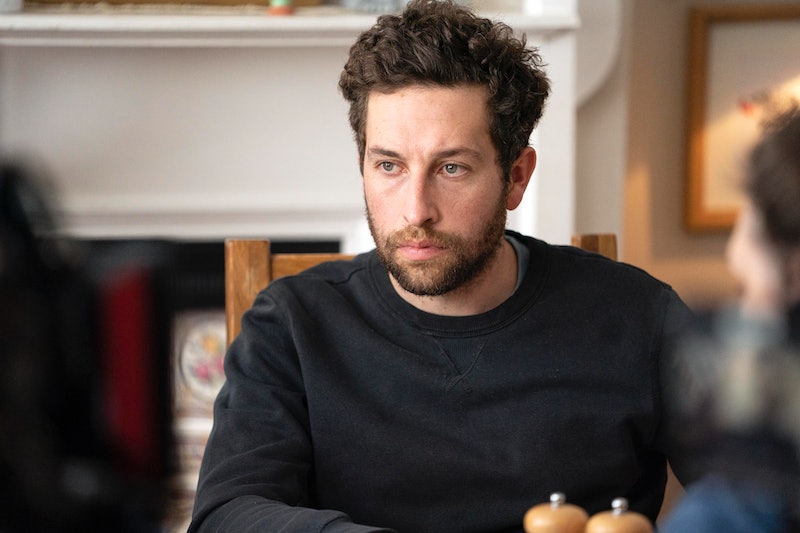 The second series of GameFace has arrived on Channel 4, and the character of Marcella Donoghue is back with yet more hilarious shenanigans as she tries her best to navigate through the ups and downs of life. Donoghue is portrayed by comedian and actor Roisin Conaty, who also created the sitcom, and the cast of GameFace includes actor Dylan Edwards, Bodyguard star Nina Toussaint-White, Being Human's Damien Molony, and more. But who is Dylan Edwards? Here's all you need to know about the GameFace star.

According to his official portfolio on his agent's website, Dylan Edwards is an actor and writer who previously studied at the Royal Welsh College of Music and Drama. During an interview with the British Comedy Guide, Edwards revealed that he was born and raised in Devon, and prior to his first big TV break, Edwards attended university three times — and worked as a runner at a production company in Soho. In addition to GameFace, Edwards' on-screen credits include Pramface, Misfits and High Rise.

Edwards is married to Peaky Blinders actor Natasha O'Keeffe, reports The Times, and the pair first met whilst studying at drama school together. After moving to London, the couple co-wrote and directed their very own original comedy series, titled Difficult Second Coming.

According to the Radio Times, Edwards currently plays the character of Billy in the Channel 4 sitcom GameFace, which is now in its second season. As reported by iNews, the TV comedy follows the character of Marcella Donoghue, an aspiring actor with dreams of making it big — despite her often chaotic lifestyle. As friends and family begin to progress in their relationships and careers, Marcella can't help but feel left behind. However, after deciding to make some drastic life-changes, such as confronting her drinking habits and taking on the biggest audition of her life, Marcella seems determined to turn her life around.

Strangely enough according to The Express, Ginty is actually the real-life roommate of the show's writer, Roisin Conaty, who also stars in the series as Marcella Donoghue. When speaking about her experience of living with the GameFace creator, Ginty said, "It’s quite nice that you can come home and discuss as it as well because it’s always in your head. You get an opportunity to speak to someone who has a vested interest."

Conaty has previously addressed the tone of the Channel 4 series, and revealed that whilst writing the show's script, she tried her best to incorporate both emotion and humour. According to the Express, the GameFace creator revealed, "The thing I’ve always wanted to do with GameFace is to go for belly laughs but it has to feel like you’re emotionally invested in the characters. As a stand-up it feels really weird to kill a big joke but sometimes those are the choices you have to make."

Well, I believe that Conaty has managed the perfect balance of emotion and comedy with GameFace, and I can't wait to see where she takes this brilliant series next.

GameFace currently airs on Wednesdays at 10 p.m. on Channel 4.