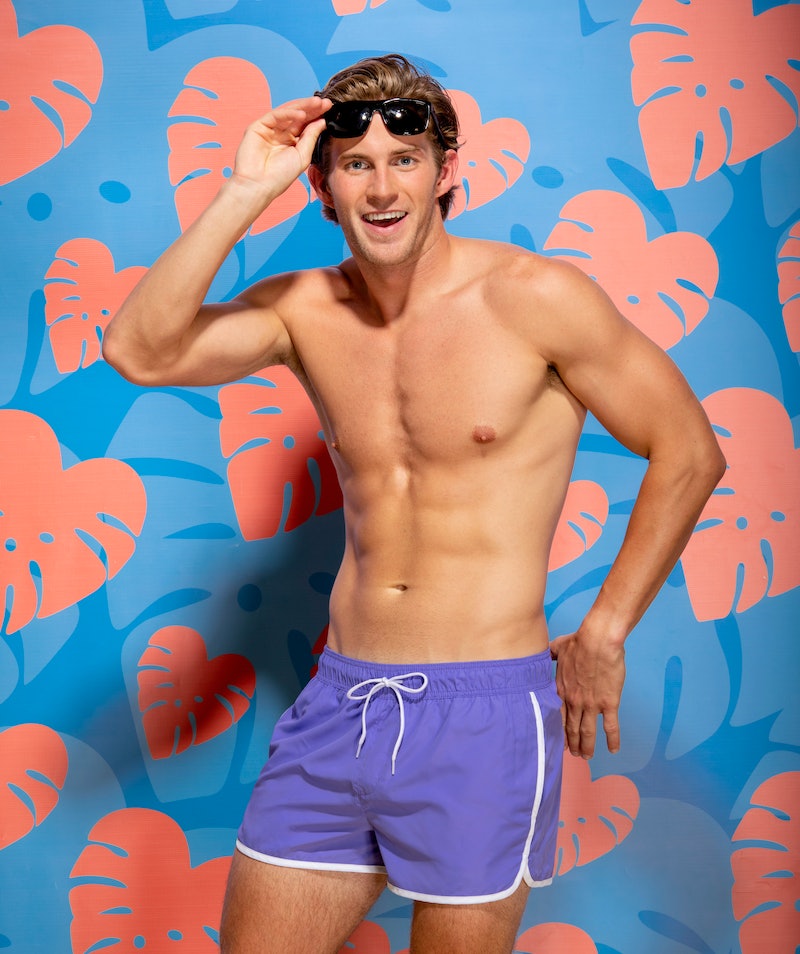 Contestants have officially spent two days on Love Island, which means it's time to shake things up. At the end of Episode 2, two new guys, Cormac and Dylan arrived on Love Island and changed the show's dynamic almost immediately. The other contestants have yet to meet the latest additions, but they did introduce themselves on camera before officially diving into the drama that's to come.

The season began with 10 people total — five girls and five guys. And at the end of night one, musician Kyra Green crashed the party. Fast forward to the end of night two when, after getting to know the guys, she chose to steal Cashel away from Caro, leaving Caro hanging. Thankfully, Cormac or Dylan could increase her chances of recoupling with someone new and staying on the island.

We don't know much about Dylan just yet — the Islanders haven't even met him. But we do know that he is a fitness and lacrosse coach and he's looking for the girl of his dreams. Could that be Caro? According to her bio for the show, she's looking for an adventurous guy with height and intelligence who wants to travel the world by her side. She also said she's looking for "someone who is hardworking, spiritual, loving, friendly, funny, and authentic."

Dylan definitely seems like a hard-working guy, but we'll have to wait for them to get to know each other to see if they're a good match. According to his LinkedIn, the Long Islander graduated from Stony Brook University in New York with a bachelor's degree in health science with a public health concentration. There, he played on the school's division one lacrosse team for all four years of his schooling and served as team captain for two years. According to the university's athletic statistics, Dylan's sister also played lacrosse and was a starting player for the University of New Haven for three years.

Since graduating in 2016, he has moved to San Diego, California, presumably for work. On the show, he calls himself a fitness and lacrosse coach, but according to his LinkedIn, he works two jobs. In February 2018, he started work as a trainee manager at Nova Marketing Inc., and he's been coaching at On Point Lacrosse since November 2018.

He must not be very active on his Facebook page, because its most recent (public) update is dated October 2015, and it was actually a relationship status. Yep, his page says he's still in a relationship with a one Taylor Ranftle who also moved from New York to San Diego and studied at Stony Brook. It's most likely that Dylan doesn't log on to Facebook that often and never changed his relationship status when they broke up, but if they didn't, that piece of information would make for a juicy discovery on Love Island.

For the sake of Caro and the other girls who are looking for love, let's hope that Dylan just doesn't spend much time online, and that he really is looking for the one.

More like this
Molly-Mae & Tommy Fury Revealed Their Baby Girl's "Really Unusual" Name
By Sophie McEvoy and Sam Ramsden
'Love Island' Has Added Yet Another Bombshell To The Villa
By Bustle UK
Airris From 'MAFS' Says He Doesn’t Regret Going To Decision Day With Jasmine
By Brad Witter
Shaq Might've Spoiled His Relationship Status With Kirsten After 'MAFS'
By Brad Witter
Get Even More From Bustle — Sign Up For The Newsletter
From hair trends to relationship advice, our daily newsletter has everything you need to sound like a person who’s on TikTok, even if you aren’t.