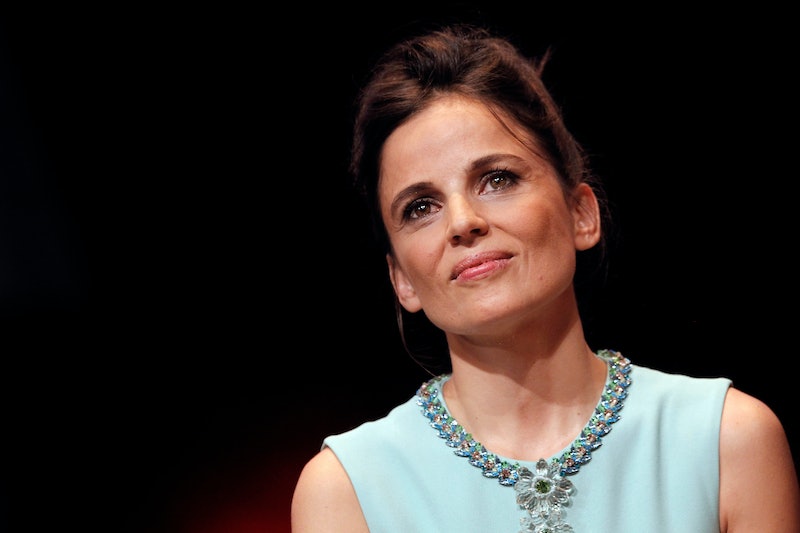 Brand new drama MotherFatherSon is about to hit BBC Two, telling the story of a powerful business empire and the problems encountered by the people at the heart of it. The series has an impressive cast, including the likes of Pretty Woman star Richard Gere, and Peaky Blinders actor Helen McCrory. But who is Elena Anaya? Well, she plays the character of Sofia in the new series, and the Spanish actor has some seriously cool projects under her belt.

According to the Guardian, Anaya was born in Palencia, Spain and her dream of becoming an actor began from an early age. She got her start when she enrolled in a drama course led by Spanish actor Manuel Morón as a young woman, before auditioning to join the Royal Academy of Dramatic Art in Madrid.

After years of working in her home country, Anaya first began receiving international attention following her role in the 2001 drama Sex and Lucia, reports Anthem Magazine, and had her first break into Hollywood in the 2004 film Van Helsing in which she played one of Dracula's brides, Aleera.

Two years later the Spaniard appeared in the music video for Justin Timberlake's smash hit "Sexy Back" and, in 2017, starred as Doctor Poison in the U.S. superhero film, Wonder Woman.

As previously mentioned, Anaya will appears as Sofia in BBC Two's MotherFatherSon. The character is the new wife of American media-mogul Max Finch, played by Richard Gere. Finch owns the fictional UK newspaper The National Reporter, and has a lot of influence over British politics. His adult son, Caden, is played by actor Billy Howle, and works as the editor of his father's newspaper. However, after struggling with his responsibilities, Caden begins to fall out of line, and turns to a toxic lifestyle.

Also appearing in the new drama are Helen McCrory, as Caden's mother and Finch's ex-wife Kathryn, and Joesph Mawle, who plays Scott, a homeless man who shares a close relationship with Kathryn. BAFTA-winning actor Sarah Lancashire plays the character of Angela Howard, a politician and leader of the opposition. And Black Earth Rising star Danny Sapani appears as Prime Minister Jahan, who is faces tough competition in the upcoming general election.

An official synopsis of the BBC show reads "U.S. born Max (Gere) is at the heart of British politics and power, owner of a media empire that includes newspapers and television stations. His aristocratic ex-wife Kathryn (McCrory) has been frozen out of the family and spends her days working at a homeless shelter. Their son, Caden (Billy Howle), is at the heart of Max's operation, editing broadsheet newspaper The National Reporter — but he's out of his depth and the strain is showing. When Caden suffers a catastrophic breakdown, the fragmented family is pulled back together."

Gere has previously told The Daily Mail, he was "so pleased" to be part of the new BBC drama. He said: "It's been almost 30 years since I worked in television. I'm so pleased to be working now with the BBC on this extraordinary eight hour project with such talented people and which resonates so much to the time we live in."