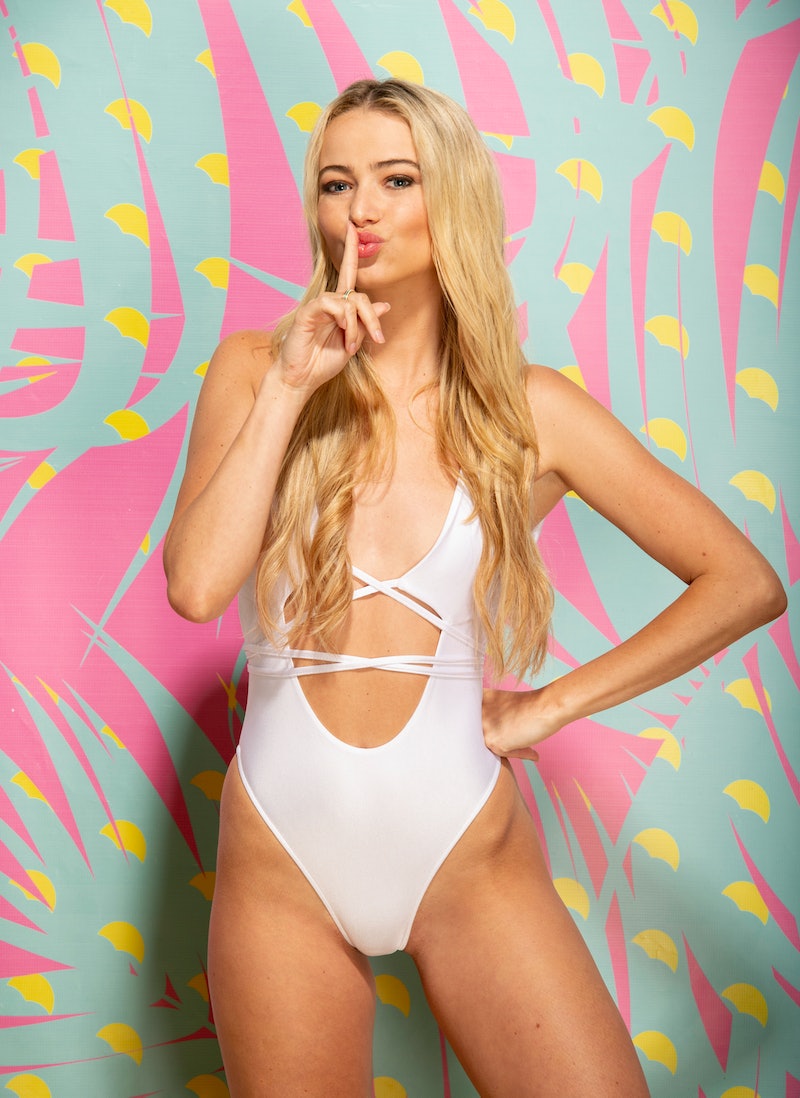 It’s time for the U.K.’s iconic dating series, Love Island, to land on our side of the pond. The show will now bring American singles together in one house while viewers witness the drama unfold a whopping five nights a week throughout the summer, and things are sure to be interesting. The most important thing you need to know all about before diving in? The cast. Take Elizabeth Weber from Love Island, for example. She’s just one of the contestants looking for love, and from the sound of it, she’s feeling confident about her prospects.

According to Elizabeth’s official CBS biography, she’s a 24-year-old advertising executive originally from Michigan who’s now made a name for herself in New York City. She said she’s “tired of the dating apps” and hopes that a more personal, one-on-one experience like Love Island could finally be the trick she needs.

Other fun facts listed in the bio? She has a big family — three sisters and dozens of cousins — so whoever pairs up with her should be ready for that. Elizabeth is looking for a man who’s confident, and maybe can even sing, because her biggest crush at the moment is singer Shawn Mendes (talk about relatable).

Elizabeth also notes that her life motto is, “If it is something you want bad enough, then do everything you can to achieve it. Don’t let things hold you back and don’t be afraid to go after the things you want.” That’s pretty good advice heading into a dating competition show, so viewers can probably bet on Elizabeth becoming a force to be reckoned with.

According to Elizabeth’s Instagram account, which already has more than 33 thousand followers, she’s not just an ad exec — she’s also a model and influencer represented by Rebels Management. Her Instagram feed is pretty much a never ending parade of beauty shots, modeling gigs and selfies, so she’s not wasting any time getting her name out there, and exposure from Love Island certainly can’t hurt.

According to one of the latest posts, Elizabeth’s social media is currently being managed by her sister and her management — contestants on the show are essentially cut off from the outside world during filming, even though there are aspects of the series that have historically incorporated texting with other cast members in the house.

Her feed is still worth following, though — there’s information being posted about how to download the app for the show and support Elizabeth in that way if she turns out to be a favorite of yours.

That app, it seems, will allow viewers to not only get inside info on what’s going on in the villa with the Islanders, but also vote on who gets to stay and who has to leave throughout the competition. So, if you tune in and find that Elizabeth is the one you’ll be rooting for, you’ll have a tangible way to support her right from your couch.

Love Island has been a hit in the U.K., and CBS hopes lightning will strike a second time with American viewers. It’s too soon to tell if Elizabeth — or anyone else in the house — will find love, but she seems to know exactly what she wants, and that never hurts.