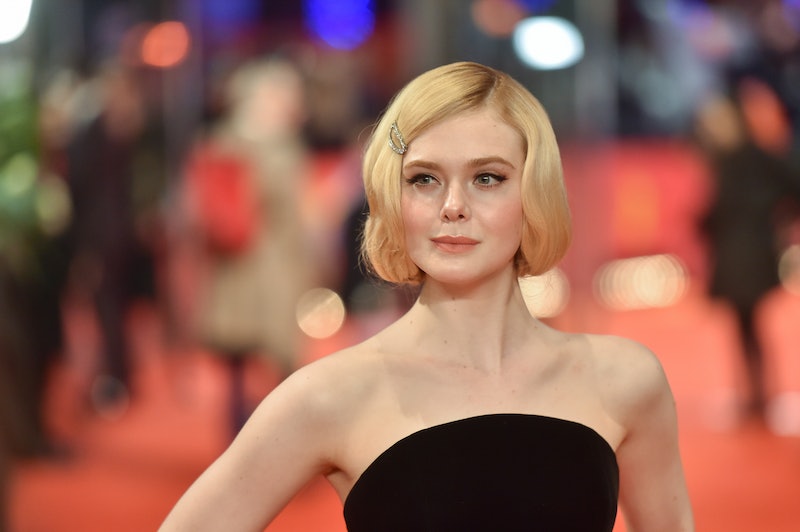 Elle Fanning got her start playing the younger version of her sister, Dakota Fanning's, characters in iconic films like I Am Sam. But over the past few years she's become a star in her own right with leading turns in Teen Spirit, The Roads Not Taken, and Netflix's All The Bright places. With fame comes curiosity, and fans are already wondering, who is Fanning dating in 2020? The actress has been fielding rumors about a romance for some time now.

Though neither party has officially confirmed anything, Fanning has been romantically linked to Teen Spirit director Max Minghella. As recently as October 2019, Fanning refused to state whether she and Max were a couple when asked directly during an Elle interview. Instead, she praised his directorial skill and said he inspired her to possibly try her hand at behind the scenes work. "It's important to have ambition. I would love to write and direct something," said Fanning.

While nothing is official, the two were spotted attending the re-opening of Phoebe Waller-Bridge's one-woman stage version of Fleabag at London's Wyndham Theater together, well over a year after Teen Spirit wrapped production.

Though she's chosen to keep mum about her current love life, ahead of the premiere of All The Bright Places, Fanning opened up about a heartbreak she experienced at 16 "At that age, I was experiencing first love...not to get into it too much, but it was also...not the best...It was kind of a tumultuous relationship. Which can also be very romantic for young people as well," Fanning told Marie Claire. "Everything’s so dramatic at that age, so intensified, when you’re young and still developing in a school setting, which is literally the harshest place in the world.”

Other than opening up about her teenage relationship, Fanning has yet to share any details about her love life — and whether or not Minghella is really more than a friend. It seems that only time will tell.

More like this
Richard Madden's Dating History Reportedly Includes This Model & A 'Doctor Who' Star
By Radhika Menon
Michelle Obama Opened Up About The "Discord And Discomfort" Of Marriage
By Stephanie Topacio Long
Billie Eilish Has An Exciting Relationship Update About Her Boyfriend
By Grace Wehniainen
Who Is Pete Davidson Dating? He "Courted" Emily Ratajkowski At A Knicks Game
By Jake Viswanath
Get Even More From Bustle — Sign Up For The Newsletter