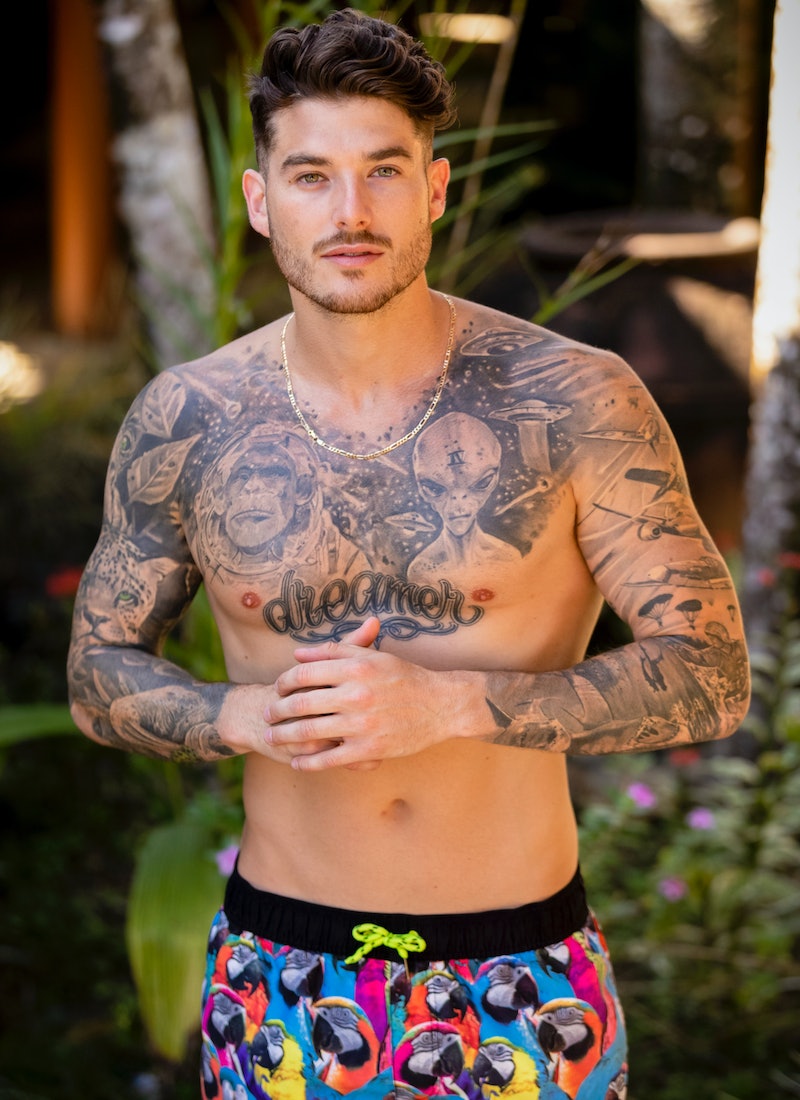 Love Island took the U.K. by storm, and now its American counterpart is here to do the same across the pond. The series runs every single weeknight from now through August, and its cast is ready to become bona fide reality stars. There's a ton of potential there for the contestants to pair up and find love, but there are also some roadblocks they might encounter. Eric on Love Island, for example, seems like an eligible bachelor ready to find a partner, but he might be a walking red flag.

Eric showed up during Week 3 of the show, which continuously rotates in and out eligible singles as the season goes on, depending on how successful each one proves to be with viewers and the rest of the house. He's 28, from Canada, and the first troubling things viewers hear is that his friends call him a "player," per the TV Guide article linked above. That's not exactly what you want to hear about a potential beau, but hey, sometimes first impressions aren't always correct.

So what else can we learn about Eric? The Daily Mail reports that he's a tattoo shop manager, which makes a ton of sense given the tattoo company listed in his IG bio. And other than that, his Instagram account offers a few clues about his life, so here are what snippets we can collect.

He Loves A Good Selfie

There is certainly no shortage of mirror pics on Eric's feed,

Look at this face! Can this dog make a cameo on Love Island?

Eric seems to work with a modeling agency — Dulcedo Models — tagged in some of his photos, but again, it's a little unclear how affiliated he is with the company.

And other than that... there's not much to mine on his Instagram. His big passions seem to be modeling — which takes up most of his feed — and tattoos. Those are definitely interesting hobbies, but hopefully we learn more about him as the show goes on. And regardless of the lack of info, fans are already stanning hard.

He's got the fan support right off the bat, so hopefully Eric keeps that up and doesn't turn people against him with his behavior on the show, which has definitely happened in this franchise before.

Will he go for love, hoping to find a longtime soulmate? Or will he go for lust, and hope for a hookup or two? Eric could honestly go either way, as could virtually all of the contestants, according to host Arielle Vandenberg. "People go on reality shows for all different reasons. You’re watching people fall in love, people fall in lust, people become really close friends," she told the New York Post. "It’s so fun to watch people become friends, actually; that’s why it felt more like a romantic comedy. It’s about whatever you find when it’s all said and done — whether it’s a best friend or love or prize money."

Eric's path is unclear so far, but one thing's for sure: people are definitely paying attention to him.