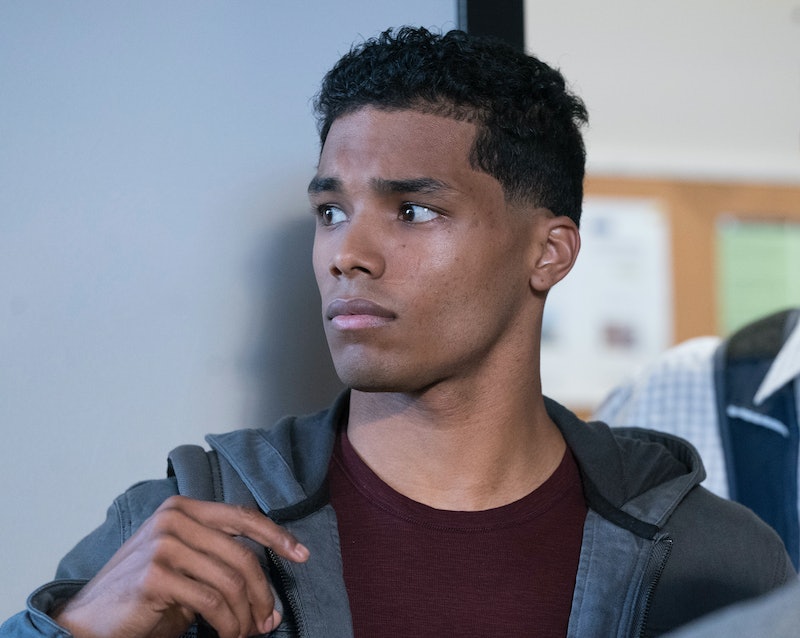 Annalise and the Keating Four are finally back! How to Get Away with Murder is kicking off on Season 5 on Sept. 27 and there’s one major question on everyone’s mind – Who is Gabriel Maddox? He was introduced during Season 4’s final minutes and sparked intrigue after Frank made a phone call to an anonymous person to inform them that, “Her kid’s here.” Frank’s choice of pronoun has caused an avalanche of theories about his mother, but who is Gabriel Maddox’s father? There hasn’t been a ton of speculation about it, but there are some theories and hints that may give fans an idea about the mystery man.

In an TV Guide interview, showrunner Pete Nowalk confirmed that Frank definitely used the word “her” during the phone call, but he hinted that the show is perhaps playing with the pronoun. Nowalk said Gabriel’s mother has a connection to Frank and that she would be a part of this season's mystery, but he didn’t rule out the possibility of learning more about his father too. So, don't be surprised if a paternal bombshell is dropped on the Keating crew. And, there are a few thought-provoking theories that could absolutely happen on this show. Here’s a few guesses at who Gabriel’s father could be: