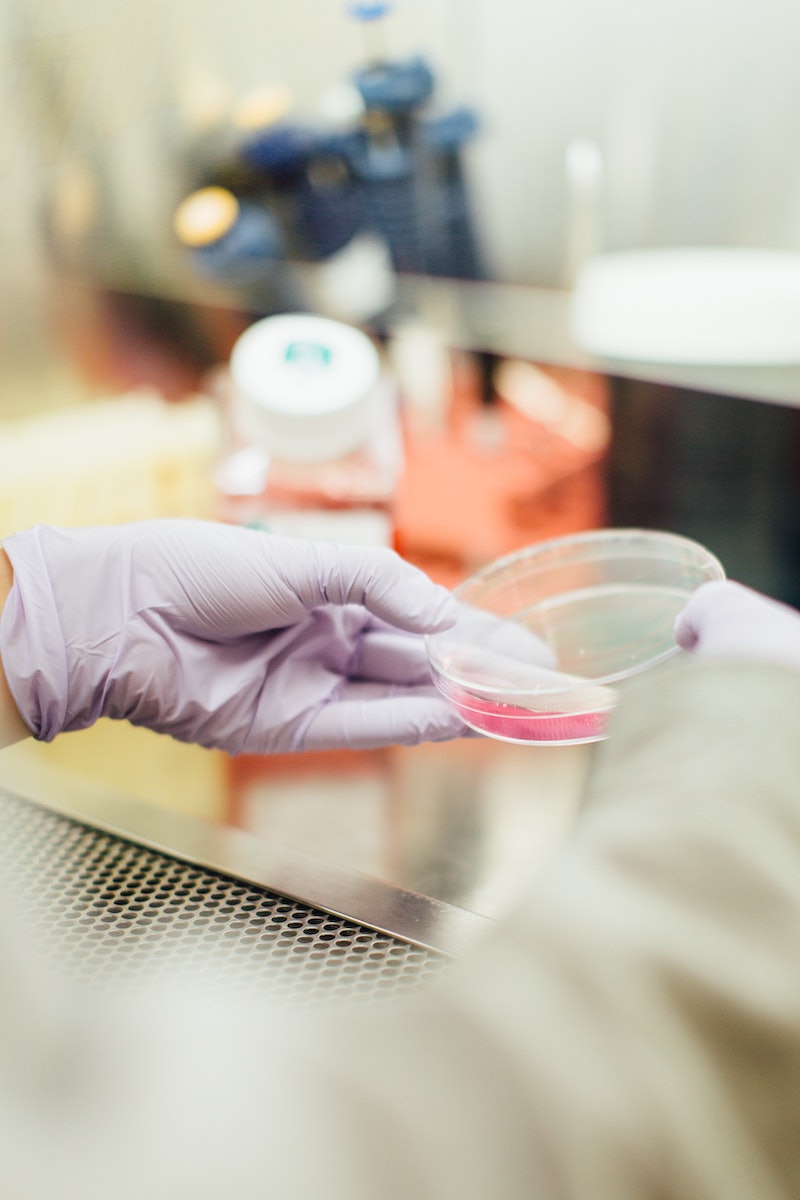 Young women are the future of science. Don't believe me? Just check out Gitanjali Rao. The 11-year-old — yes, you read that correctly — from Lone Tree, Colorado, just scooped the $25,000 grand prize in the nationwide 2017 Discovery Education 3M Young Scientist Challenge for students between grades 5 and 8. And her discovery couldn't be further from your average science fair volcano reaction project: Rao designed a simple, inexpensive test to check the lead contamination levels in water that works with an app, inspired by the Flint water crisis that began in 2015 when abnormally high lead levels were found in the industrial city's drinking water.

The Young Scientist Challenge has launched the careers of brilliant young women before. Deepika Kurup, who scooped the award in 2012 as a junior high student for her water-purification system, was on the Forbes 30 Under 30 list in 2015, and is now at Harvard. But Rao's work is garnering headlines not just for her extreme youth, but for the brilliant applications of her invention.

Rao's system, she told Business Insider, emerged when she saw her own parents testing for lead levels in their home water. "I went, 'Well, this is not a reliable process and I've got to do something to change this.'" Americans are restricted to either using home-use lead testing kits, which are difficult, expensive and can be inaccurate, or requesting testing from their local municipal authority or the Environmental Protection Agency.

Rao decided to change this by hacking some carbon nanotubes to detect lead levels, and pairing the device, which is called Tethys after the Greek goddess of water, with a Bluetooth app that can transmit results rapidly. "I entered the Young Scientist Challenge because it combines my love of science, solving problems by new inventions, and creating films," she told the Young Scientist organization. She now hopes to refine her results further and hopefully produce a marketable device.

And it's one that would be welcomed in every industrialized country. The Flint community is one of many places worldwide where lead exposure is an issue. Lead exposure is particularly prevalent in areas where battery recycling occurs, and countries like Mexico, the Philippines and India are among the worst-affected with the lowest regulations, according to Time. The risks of abnormal lead levels are high for humans, however they happen to contract them. The World Health Organization explains that lead toxicity is extremely dangerous for both children and adults:

"At high levels of exposure, lead attacks the brain and central nervous system to cause coma, convulsions and even death. Children who survive severe lead poisoning may be left with mental retardation and behavioral disorders... In particular lead can affect children’s brain development resulting in reduced intelligence quotient (IQ), behavioral changes such as reduced attention span and increased antisocial behavior, and reduced educational attainment. Lead exposure also causes anemia, hypertension, renal impairment, immunotoxicity and toxicity to the reproductive organs. The neurological and behavioral effects of lead are believed to be irreversible."

For people of color, lead exposure presents an urgent problem; research has shown that anemia, which is more common in communities of color and particularly in women, raises the body's rate of lead absorption.

Rao's next move will be closely watched by scientists and medical professionals who've been paying attention to the Flint crisis and its abysmal health implications. It will take a lot of work before Tethys might transform from an award-winning project into a viable, universally applicable method, so it's not likely to make it onto the market any time soon. But it's pretty clear from her young age that Rao has time to work on it.

More like this
Young People Are Still Experiencing Period Poverty In UK Schools
By Sophie McEvoy
What Does POV Mean On TikTok? The Popular Acronym, Explained
By Emma Carey
Here’s How To Get Verified On TikTok
By Emma Carey
How To Edit Or Unsend Messages In iOS 16
By Melanie Mignucci
Get Even More From Bustle — Sign Up For The Newsletter