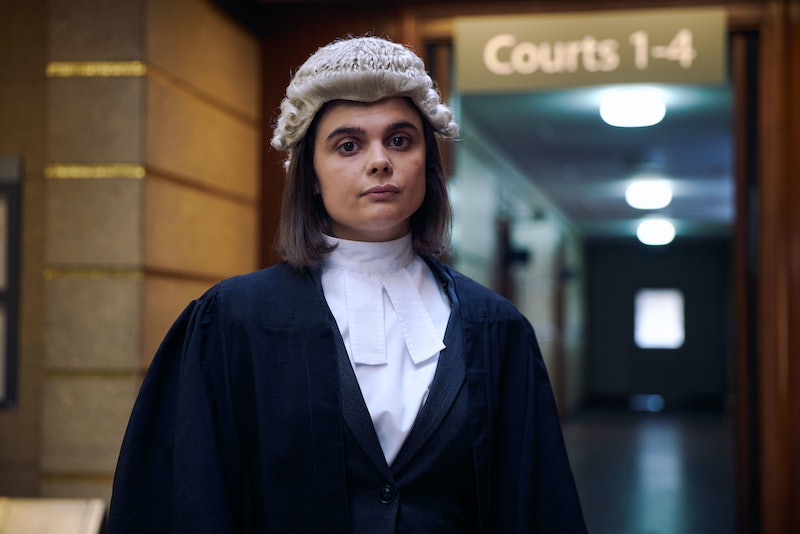 Looking at all the new series coming out in the coming months it’s hard not to feel a little spoilt for choice. There’s so many awesome new comedies, dramas, and thrillers making their debut. But if you’re in need of a laugh then you should tune into Defending The Guilty. The BBC comedy follows Will Packham (played by Will Sharpe) and his peers as they try to get to grips with becoming criminal barristers. He finds a friend and good competition in Danielle. But who is Gwyneth Keyworth? She’ll be playing Sharpe’s direct competition and will have you laughing from start to finish.

BBC Two’s latest comedy is written by Kieron Quirke, who wrote Cuckoo and based on the book Defending The Guilty: Truth And Lies In The Criminal Courtroom by Alex McBride so you know it’s going to be good. With a cast list full of seriously funny actors it’s not to be missed and if you recognise Danielle it’s for a good reason. Keyworth has starred in some pretty iconic British TV shows. Between 2010-2011 she played Marnie in the hit Channel 4 show Misfits which was basically essential viewing back in the day. According to her profile on the academy's website, she graduated from the esteemed drama school RADA in 2014 and no one could accuse her of not being versatile as in 2016 she took on the title of Lady Augusta Gresham in ITV’s mini-series adaptation of Doctor Thorne. She looked as grand as her character sounds.

There’s a very high chance Keyworth has had you laughing at your TV screen before. In 2016, she appeared in C4 series Power Monkeys, set during the E.U. Referendum campaign. The satire showed both the Leave and Remain sides, as well as politics going on on the other side of the Atlantic. She also starred in Charlie Brooker's phenomenal Black Mirror in 2017 as Nicola in the episode Hang The DJ.

While Keyworth may be seriously hilarious she’s starred in some pretty chilling series. In 2018 she played a leading role in BBC crime thriller Hidden. The series begins with the police finding a young woman's body in a river. However, after they identify her it becomes clear she might not be the only one missing.

Moving back to her comedy roots, Keyworth plays keen pupil barrister Danielle in Defending The Guilty. As her and her peers have to work out how to deal with their seniors, their caseload, and each other makes for some seriously funny TV.

Speaking to acting website Mandy about her career she said, “this industry isn’t always fair. It isn’t a meritocracy, it’s subjective, but don’t let that dampen your spirits. Don’t carry it with you, don’t let the b**tards grind you down. Have fun, be kind and improve your waitressing skills in the meantime.”

If you’re a fan of law dramas with a very big comedy twist then Definding The Guilty will be your cup of tea. You can catch Keyworth and the rest of the cast in episode one on BBC Two at 10 p.m. on Sept.17.