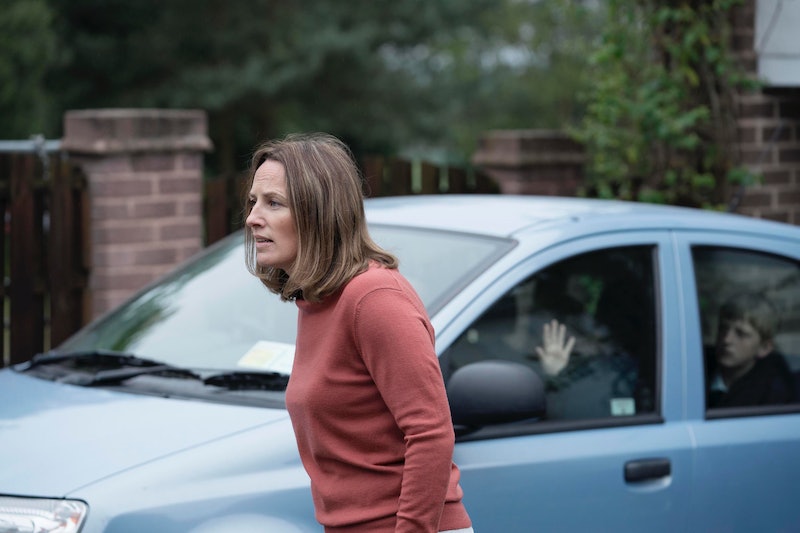 The brand new channel 4 drama The Virtues tells the heartbreaking story of a man who's life is turned upside down as he battles with demons from his past, and his ex-partner and young child move from their hometown of Liverpool to the other side of the world. The series is co-written by This is England creators Shane Meadows and Jack Thorne, and stars Helen Behan and Line of Duty's Stephen Graham. But who is Helen Behan? Here's everything you should know about The Virtues star.

According to iNews, Helen Behan is an Irish actor who will appear in Channel 4's latest gripping TV drama, The Virtues. She began acting at a young age, and took part in various school plays and acting workshops throughout her childhood. Later in life, Behan went to college where she studied to become a nurse, but stuck with her acting ambitions by going to some part-time courses at the Gaiety Theatre in Dublin. However, Behan previously stated that "life just got in the way" of her acting dreams, especially after giving birth to her four children, iNews reports.

As reported by the Radio Times, Behan has also appeared in the Irish drama Take Down, and will star in the upcoming film Wildfire. However, her appearance in the This Is England series is perhaps what the actor is best known for — a role that came to be after a random encounter in an Irish bar.

During an interview with Channel 4, the actor discussed the encounter that led to her appearance as an Irish nurse in the Shane Meadows series This Is England '88, and, in turn, The Virtues. Behan explained that after a small fight broke out in a bar, she approached Meadows for a chat along with her husband, Caimin, who was one of the musicians playing at the bar that particular evening.

"I met Shane when he was in Ireland visiting a friend on holiday. I was in my local pub, and my friend pointed him out as the director of one of our favourite films, Dead Man’s Shoes," the actor explained, before continuing:

"I thought it was so unfathomable that he would be here. I thought the planets had aligned to bring one of the best directors ever to my local. I went up to him — he was there with his wife and his friends — and we just ended up having a great night. So I wanted to meet him firstly, so I asked him what the possibility was for a job and he said: 'Can you act?' I said: 'I don’t know.' I wrote down my details on the back of a receipt, and then forgot about it for a while. Always hoping, but thinking 'Ah, he was just being polite.'"

Two months later, Behan was called in to audition for This Is England '88.

According to the Radio Times, Behan will portray the character of Anna in The Virtues — the sister of lead character Joseph (Stephen Graham), who hasn't seen her estranged brother since childhood. The Virtues begins on Channel 4 on Wednesday, May 15, and I cannot wait to delve right into this gritty four-part drama.