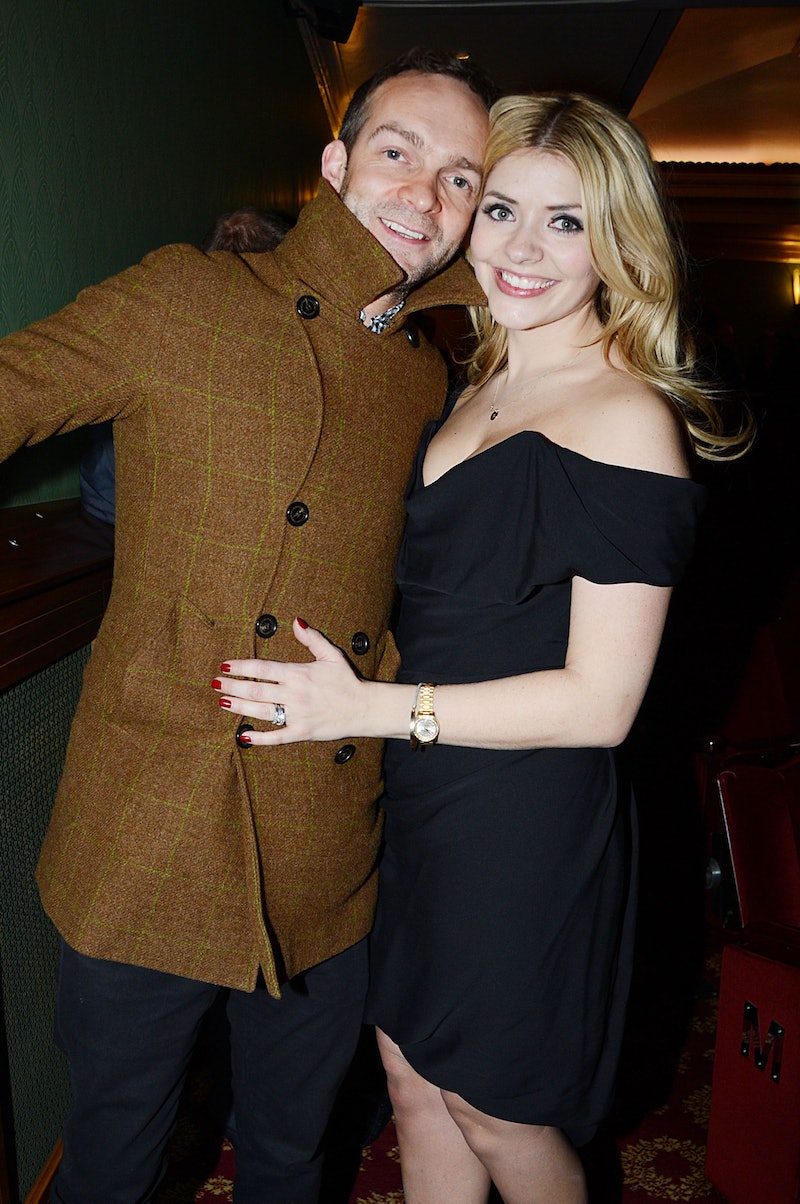 I’m A Celebrity Get Me Out Of Here is geared up for a new series and will start on Nov. 18. The promotion shots of Holly Willoughby and Declan Donnolly have been released and the duo look ready to take on the jungle madness. Whilst it is a dreamy presenting gig a month away from family would be a long time for anyone. However, it has been announced that their families have flown to Australia for the fun down under too. So, who is Holly Willoughby’s husband? According to Hello! magazine, he has joined her and their three children while she stands in for Ant McPartlin. They are serving serious TV couple goals and the way they met will make your heart melt.

Whilst Willoughby is one of the most famous TV presenting faces right now her husband, Dan Baldwin is pretty familiar with the TV business himself. Only whilst she keeps us entertained in front of the camera he provides all the direction behind it as a TV producer. He has worked on shows such as Celebrity Juice and Virtually Famous as well as setting up his own independent media company, Hungry Bear in 2014. By the sounds of things these two work just as hard as each other.

Willoughby has made it no secret that she is very proud of her husband’s achievements. In Fabulous magazine she said, “he’s got his own production company, which is hugely successful, and he’s doing brilliantly. We’re very lucky, that’s for sure.” Very sweet.

And it was actually work that drew the pair together. They met back in 2004 when they worked on the children’s show Ministry of Mayhem. They built up a strong friendship. Speaking in Women and Home Willoughby said, “at first, I didn’t fancy Dan at all. I didn’t even think about it. I don’t think he could have fancied me either because it was such a genuine friendship." However, after some time they started to date, keeping it on the down low for a massive eight months.

Eighteen months into their relationship Baldwin surprised Willoughby while she was in the bath with a shock proposal. She of course said yes and told the Daily Mail, “I didn’t have the slightest hint it would happen. It was a complete surprise.” They got married in 2007 and, as you can imagine the guest list was completely star studded with Willoughby’s best pal and onscreen partner in crime Fearne Cotton amongst those in attendance.

After being married for 11 years it is abundantly clear that Baldwin and Willoughby are still each other’s biggest fans. Sharing a picture with her 4.3 million Instagram followers on their anniversary Willoughby wrote, “11 years baby... your love gets sweeter every day... love you.” I’m not able to handle the cuteness overload.

Baldwin and Willoughby have three children together Harry, Belle, and Chester all of whom have reportedly joined their parents out in Aus for some fun in the winter sun. That definitely beats trying to get to school in the wind, rain, and snow.

I can’t wait to watch Willoughby in action on this years series of I’m A Celebrity. I have no doubt she is going to bring the fun and charm from the This Morning sofa into the jungle. It is nice to know too that she will have her own support network around her whilst she is out there. Her love story with Baldwin melts my heart a little. With one ruling behind the camera whilst the other is one of the country’s best loved presenters they are a TV power couple to be reckoned with.