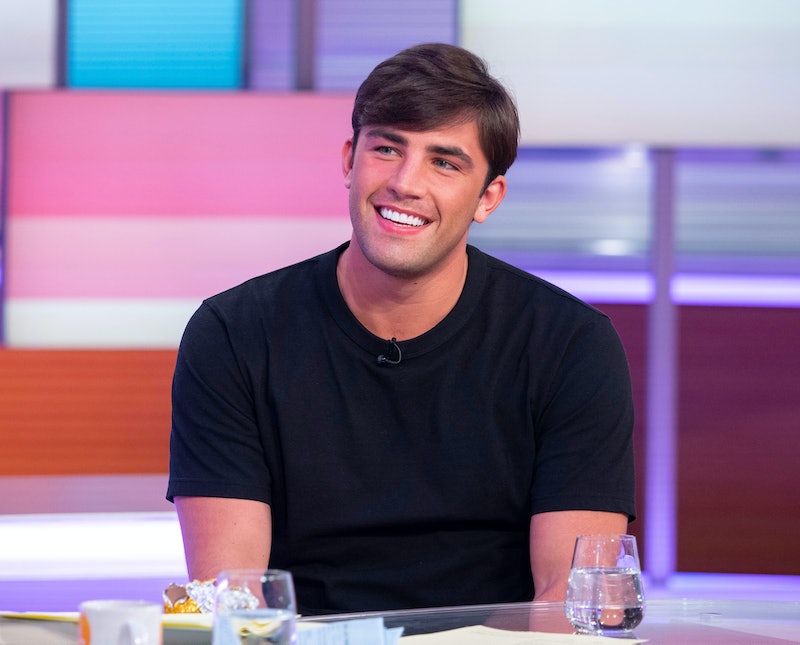 I don’t know about you, but I’m getting some serious Love Island 2018 vibes with this heatwave. The only thing missing is the World Cup, but I can’t help but reminisce about last year’s summer of love. And even though Jack Fincham and Dani Dyer are a couple no longer, seeing the current islanders try to find love in the villa is giving me some serious ‘where are they now’ vibes for last year’s winners. So who is Jack Fincham dating now, and has he been single since he and Dyer split?

Nine months after winning Love Island, Fincham announced that he and Dyer would be parting ways via a post on his Instagram story in early April. “There is no easy way to say this and it isn’t going to be an easy time but me and Dani are not in a relationship anymore,” he wrote as Bustle UK previously reported. “We will always care a lot for each other and have love for each other and I mean that from the bottom of my heart and I wish her nothing but happiness.”

While Fincham hasn’t given any hints on his social media as to whether he’s found love again, E4 confirmed on June 3 that he will be taking part in this year’s series of Celebs Go Dating. He’s not the only islander in the line-up either, as runner-up Megan Barton-Hanson will also be looking for love alongside Fincham.

If you’re as excited about that prospect as I am, yesterday E4 announced that the series will be back on August 5. As Metro reports, Fincham mentioned his inclusion in the show on his Insta stories on June 4, where he said: “Ready to date again, let’s see how we get on.”

Viewers have a week until they find out whether Fincham couples up with a fellow celeb, but thanks to a comment made by co-star Lauren Goodger, it seems that he may have found something special with the former The Only Way Is Essex star. During a recent interview with New! magazine (via OK!), she was asked whether she and Blue member Lee Ryan were getting close. “I’ve known Lee for a long time. He’s a lovely guy but there’s absolutely nothing romantic in it,” she said. “Everyone got that one wrong! If they knew the truth about who I really liked, they’d be shocked.”

As OK! points out, “Lauren’s male Celebs Go Dating co-stars are Nathan Henry — who is openly gay — and Jack, leading fans to believe she has grown feelings for Jack.” Obviously, viewers won’t know if the two actually get together until the show airs, but when Goodger was asked whether she’d met anyone, she revealed: “I can’t say yes or no, but I am dating.”

“I’m still single, technically, for the first time ever, really,” she continued. “It’s such an exciting time.” Viewers will just have to wait and see to see if this relationship actually does blossom.