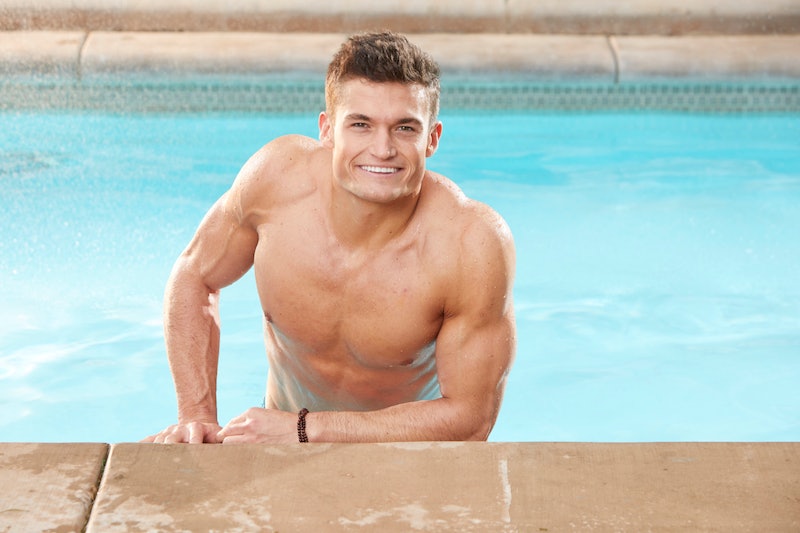 Big Brother is back with a brand-new cast of strangers who will live together in disharmony as they form alliances and try to lock down the top prize of $500,000 dollars and possible future gigs on TV. Season 21 drops on June 25 with 16 Houseguests from different age ranges, locations, and professional backgrounds who already have agendas for how to navigate this game. Big Brother Season 21 contestant Jackson Michie not only has a plan to win, but he's also been preparing to be on Big Brother pretty much his entire life.

Per his Big Brother profile, Jackson is a server in Los Angeles who is originally from Nashville, TN. The 24-year-old’s favorite activities including exercising, hunting, and, of course, being social. He skipped his college graduation to party in Miami, can shotgun a beer in less than 3 seconds, walks around naked, and eat protein bars, so he’s sure to be a wild addition to the cast. And, he already has a solid strategy to use his physicality and personality to take the top prize.

“I will win competitions but I've got to pick them wisely as to not become too large of a threat,” said Jackson. “Furthermore, be willing to do anything and everything I have to in order to win the Houseguests over on a social level. I was pre-law and have been involved in real estate/sales my entire life. If there's one thing I'm good at, it is connecting with people, reading them, and selling them on whatever it is I'm trying to get them to buy into.”

Not only does Jackson have a Big Brother plan, but he has also prepared for this moment his entire life. Per Knox News, Jackson watched Big Brother as a kid alongside his mother and they both wanted to be on the show for years. Now, Jackson is living their ultimate dream as he gets his big shot to see how far he can make it as a Houseguest. The Tennessee native admitted that it would be tough to be away from his mom and his dog Maggie, but thousands of dollars and bragging rights are certainly enough to make it worthwhile, right? Maggie will understand.

The same article also revealed that he may know a fellow contestant from his college days at the University of Tennessee. Jackson Michie and Ovi Kabir both studied political science at the university and graduated only one year a part, so it’s possible that they are at least casually acquainted or share mutual friends.

But, don't think that Jackson is on TV for friendships, love, cause drama, or for social media fame (he doesn't use social sites, btw). In an ET Online interview, he made it clear that his only focus on the show is to win. "I'm not there for romance, I'm not there for fame," said Jackson. "If I wanted to find love or find fame, I could have gone elsewhere. That's not why I am here. I want to play Big Brother because I love the show and I love the game and I want to win $500K."

He may not be up for any new relationships, but anything can happen when people have nothing to do but be competitive, argue, gossip, spark romances, and try to stab each other in the back for our viewing pleasure.

Jackson is a Big Brother fanatic who knows how to read people, but will it be enough to make him this season's winner? Maybe so. But no matter what, it will be fun to watch his schemes unfold.

More like this
Here's Everyone Who Will Be Competing In 'Survivor' Season 44
By Brad Witter
Andy Cohen Apologized To Larsa Pippen After A 'RHOM' Season 5 Reunion Dust-Up
By Brad Witter
Zach Swears He Didn’t Look Up Contestants Before The Bachelor Began Filming
By Brad Witter
Everything To Know About A Potential 'RHODubai' Season 2
By Kadin Burnett and Brad Witter
Get Even More From Bustle — Sign Up For The Newsletter
From hair trends to relationship advice, our daily newsletter has everything you need to sound like a person who’s on TikTok, even if you aren’t.