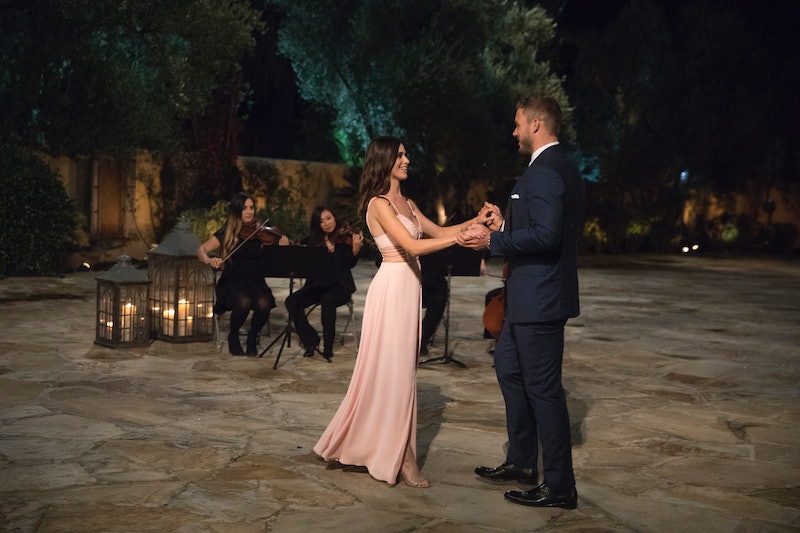 The Bachelor's Season 23 hopefuls are just about to start their capital J Journey to find love, and it's time to get to know the women vying for Colton's final rose. Some of them are open books, while others are a little more mysterious, such is in the case of Bachelor contestant Jane. Learning more about her before the premiere may be a little tricky... first and foremost because her name isn't really Jane. What?!

OK, it's probably not that dramatic. It could be that Jane is just her middle name, or perhaps a nickname she somehow picked up (There's also a woman this season who goes by "The Nut," so in comparison, Jane isn't that far-fetched). According to Jane's ABC bio, her real/first name is Adrianne, so it's not like she's keeping some big secret. Overall, she sounds like a positive and genuine person. As her bio reads in full:

"A native to Los Angeles, Jane is a free spirit with infectious energy. As a social worker, she uses her positive vibes and good nature to help care for seniors at an elderly day care facility. When she's not at work, Jane loves spending time with her mom and her dog, Bella."

Also according to her bio, she's 26 years old and currently lives in West Hollywood. She loves tacos and Tapatio (that's a hot sauce), her grandmother taught her to speak Russian, and "she would choose her checkered sneakers over heels or stilettos any day!" Alas, Jane's sneakers will probably be collecting dust in her suitcase throughout most of the show, as The Bachelor likes to keeps its dress code black tie more often than not.

What else do we know about her? She's wearing a large Star of David necklace in her official ABC portrait image, so it's very likely she's Jewish. Other than that...not much. She doesn't even seem to have a heavy social media presence (or at least one that's easy to find), which is usually how we're able to glean the most information about Bachelor contestants.

A quick Google search for a social worker named Adrianne in West Hollywood does pull up this LinkedIn account for Adrianne Averbukh, which looks pretty promising, but doesn't really give fans any information other than she's an extraordinarily qualified professional lady, and a private one at that! There's not even a photo included, so it's unclear whether the account is really hers.

It's also possible that Jane is drawing attention away from her name on television to protect her clients. (Though, if so, Chris Harrison is not a great confidant, as saying "Jane" isn't her real name is one of the first things he revealed about her.)

It would obviously make for interesting television if she was keeping some big, dark secret. Jane is, of course, a name usually given to anonymous women (e.g. Jane Doe) hiding their identities or missing people who have yet to be identified. Unfortunately, we're just going to have to wait and see. There could be a totally normal reason why Adrianne goes by Jane, just like there's a totally normal reason that Bri is pretending to have an Australian accent. The Bachelor has to mix it up somehow!