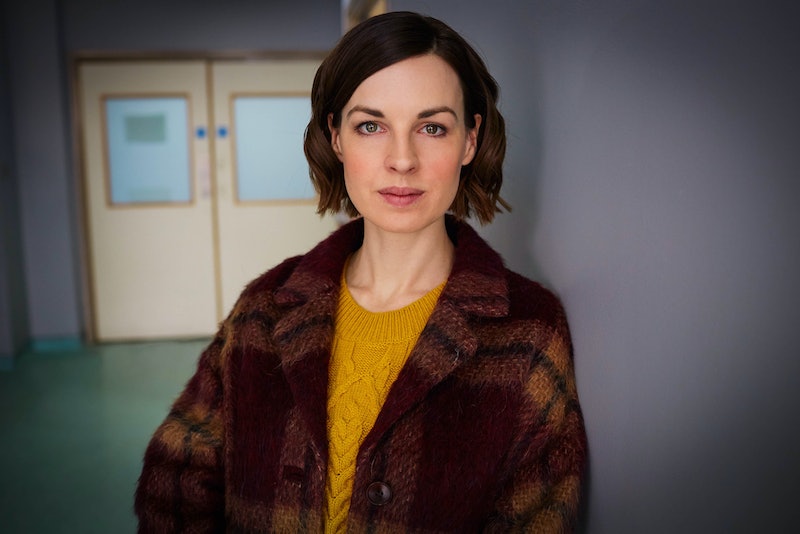 New BBC drama Informer is one of the most talked about shows at the moment. Not least for its honest depiction of second generation immigrants and how they're treated in the UK, but for its strikingly good cast too. There's plenty of breakthrough British talent among the actors and actresses, as for some of them, Informer is their TV debut. But Jessica Raine, who plays Emily Waters, is no stranger to the screen. So, if this is your first time seeing her in action, you might be wondering — who is Jessica Raine?

According to The Sun, Raine grew up in rural Hertfordshire, living pretty wholesomely on her dad's farm, before deciding at 13 that she wished to become an actress. You wouldn't believe it now, but she was reportedly rejected from every drama school she applied for, before landing a spot at the University of the West of England. She then took a year out in Thailand and returned to an acceptance letter from RADA — one of the UK's top drama schools. She started turning heads when she took to the stage straight after, starring in a West End production of Ghosts, before appearing at The National Theatre in productions like Harper Regan and Gethsemane.

But if you do recognise Raine from anywhere, it's likely to be for her role as nurse Jenny Lee on BBC drama Call The Midwife, who she played for two seasons, before departing the show in the season three finale. She's also no stranger to high octane dramas like Informer, having starred in Bodyguard creator, Jed Mercurio's previous show, Line Of Duty. Raine starred as a character in a one off role, before also appearing in the critically revered show Wolf Hall shortly after, where she played Jane Rochford (a relative of Anne Boleyn's).

Raine's currently married to fellow actor Tom Goodman-Hill, who you might know as Joe Hawkins from BBC show Humans. According to Yours, the pair first met back in 2010, when they'd been performing alongside each other in a play. They then reportedly got engaged five years later, with the wedding taking place only two weeks after the announcement. So, she's landed some great roles as well as a lovely partner, but what's most loveable about Raine, is that she isn't afraid to speak out.

In an interview with The Independent in 2015, Raine admitted to having turned down several parts, saying "it's amazing the number of poorly written women out there." But Raine's role as Emily Waters in Informer offers an all-too-rare three dimensional female perspective. "Emily never saw herself as a copper’s wife, but then she never saw herself as a borderline alcoholic living in middle-middle England either," so the BBC describes her character. And as you've doubtlessly seen, Raine definitely has the range to pull off this tricky character. So, if you haven't had the fortune of seeing her perform before, now's your excuse to get really, really invested in one of Britain's great new dramas.