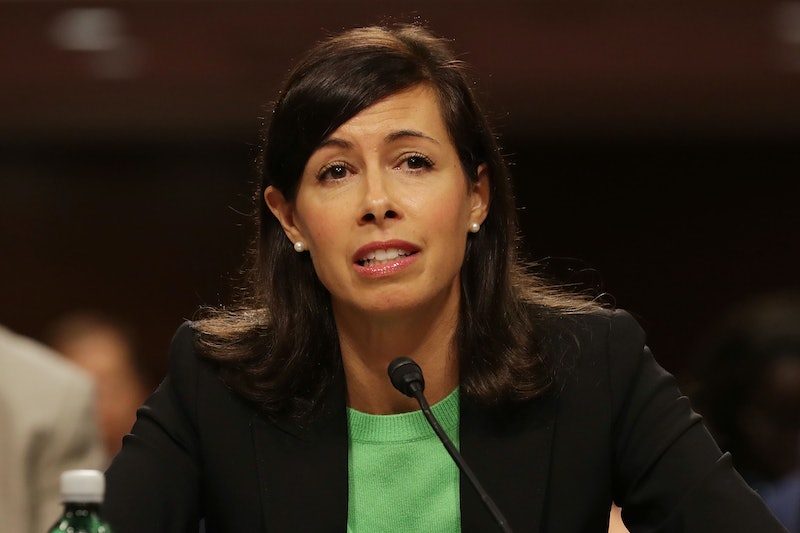 Thursday, Dec. 14 is a major day for internet service providers, tech companies, and everyday internet consumers as the Federal Communications Commission votes on whether to dismantle net neutrality regulations. While much of the limelight is on FCC Chairman Ajit Pai, the Trump appointee in favor of killing net neutrality, the agency is made up of five commissioners who will each have an equal say in the decision. One member of the FCC is net neutrality supporter Jessica Rosenworcel, one of the two women nominated by former President Obama. Rosenworcel, along with Commissioner Mignon Clyburn, will likely vote in favor of maintaining net neutrality.

But the FCC has a 3-2 Republican majority and save for a surprise change of heart, the commission is expected to vote along party lines. In that case, the United States will move one major step closer to deregulating internet service providers, giving them the power to drastically change what online content you have access to and how.

In an interview with Teen Vogue, Rosenworcel commented on how putting internet control in the hands of corporate interests could thwart startups and entrepreneurs who rely on a free, open web to push out new ideas, services, and products:

The internet has been the coolest thing for entrepreneurship in this country. No matter who you are and where you live, if you come up with a good idea and set up a website, you can sell your services and wares online. [...] You can do it without your broadband provider getting in the way, slowing down access to your site, or trying to shuffle traffic toward other sites with which they have a relationship.

She continued to explain how net neutrality is an "incredible engine for entrepreneurship, and has made the internet into a revolutionary platform for democratic communication."

If the jargon surrounding net neutrality has made the details fuzzy, here's a quick refresher on what net neutrality is and what's now at stake. Net neutrality operates on the principle that internet service providers must treat all internet data equally, regardless of what it's used for and who's using it. That means giants like AT&T, Time Warner/Charter, Verizon, Comcast, and T-Mobile — the corporations who maintain the highways of internet traffic — can't single out YouTube to pay for using those highways in their streaming services. Neither can Netflix bribe Comcast for faster internet connection over Amazon, Hulu, or new startup platforms trying to break into the market. In addition, internet service providers can't censor content they don't like or block companies like WhatsApp for providing free messaging.

In 2015, the FCC under Obama made net neutrality a legal, government-regulated protection. Tech's biggest names like Facebook and Google saw the move as a win for not only them, but for consumer interests. And now the Republican-majority FCC could decide to roll back that protection in today's vote. The success of the U.S. digital economy was built in large part on an open and undiscriminating world wide web, Rosenworcel said in an interview with The Verge. Without net neutrality rules, broadband providers will have the "authority to block websites, to throttle services, and to censor and manipulate online content — to change the open internet we know," she warned.

On Tuesday's segment of Comedy Central's The Opposition, Rosenworcel also commented on the the shady details surrounding the public comment process. Out of the 23 million public comments the FCC received online, about 2 million were made with stolen identities, including those of dead people. Half a million comments came from IP addresses inside Russia.

Regardless of your political affiliation, net neutrality shouldn't be a partisan issue because both a progressive and a conservative can benefit from internet freedom, Rosenworcel insisted on The Opposition. Should the vote swing in favor of eliminating net neutrality, the internet economy and tech industry could undergo some radical changes.

More like this
How To Protect Your Digital Privacy If You Need An Abortion Post Roe v. Wade
By Kaitlyn Wylde
What Is Barack Obama’s Net Worth? He Makes *Way* More Now As An Ex-President
By Hugh McIntyre
10 Times Diana & Meghan Spoke Similarly On The Royal Family
By Sophie McEvoy
How The City Healed Five Years On From The Manchester Arena Attack
By Ella Glover
Get Even More From Bustle — Sign Up For The Newsletter