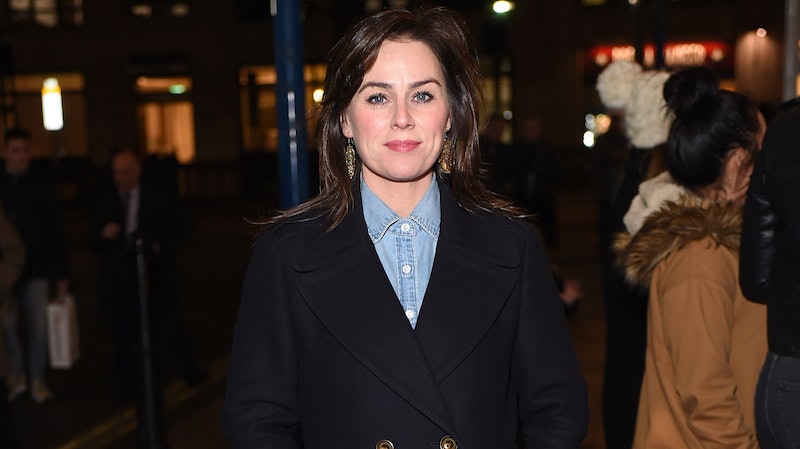 Some British actors have the ability to conjure up memories from your childhood. Dark Money star Jill Halfpenny does exactly that for me. Watching her Waterloo Road character, Izzie Redpath, be fatally stabbed in a school car park was the first time I remember being emotionally impacted by a TV series. But that's not Halfpenny's only brilliant acting moment.

The 43-year-old star has been in the industry since the tender age of 14. Born in Gateshead, one of her first big jobs was on the nearby Byker Grove (the very same series that kickstarted Ant and Dec's career). A few years later, she appeared on Coronation Street. Shortly after that, another hugely popular soap beckoned. In Eastenders, Halfpenny played a police officer who ended up marrying Phil Mitchell.

She is a regular fixture on TV screens, having also appeared in ITV series Wild at Heart, Channel 4 sci-fi drama Humans, and BBC pregnancy drama In the Club. Halfpenny hasn't just stuck to television. In fact, she has appeared in several West End productions including Legally Blonde, Chicago, and Calendar Girls. Oh, and she won Strictly Come Dancing all the way back in 2004. According to the BBC, she is still the record-holder for the highest jive score.

It's safe to say her career has been jam-packed with goodies. And she is showing no signs of slowing down. Right now, she is starring in Channel 4's Victorian-era comedy Year of the Rabbit with a role in highly topical BBC drama Dark Money coming up.

The four-parter tells the story of a Hollywood sexual abuse scandal through the eyes of an ordinary London-based family. Halfpenny plays Sam Mensah, the mother of 13-year-old Isaac who is picked to star in a major film, but experiences abuse at the hands of a studio executive. The powerful figure offers the Mensah family £3 million if they agree to sign a non-disclosure agreement (NDA) which would bar them from speaking about the incident.

"There's a decision that Isaac makes which is he doesn't want anyone to know," Halfpenny — who is a mother in real life to 11-year-old Harvey — told the BBC. "Of course, as parents you want to feel like you'd do everything possible to protect your child, but, in some ways, it suits Sam and [her husband] Manny that he doesn't want anyone to know because they can then just put it in a box and see if they can survive doing it that way."

In an interview with The Scotsman, Halfpenny described the filming of the short series as "intense". She said moving straight on to the humorous Year of the Rabbit "was like a tonic. I was allowed to be grisly and dirty and over the top and fun, and it was very, very liberating. It was just such a contrast."

A lifelong acting career seems to be her destiny. When asked if she would ever stop by the paper, she replied: "I don’t think I will. Even if you’re 85, even if you just do one or two jobs a year, then you can.”

So what's next in the pipeline for Halfpenny? She told The Scotsman that she's unsure. "I’ve never played somebody real, which I’d love to do. I’d love to do something with a bit more of an international feel. And I’d love to play a baddie! I quite often go for roles that are in essence quite a good person so I’d quite like to play an absolute terror.

"And I think as women we’re allowed to play characters that are way more morally ambiguous than ever before, thank god. I feel there’s loads of good stuff happening — Killing Eve, Mum — and I’m constantly watching things and going, 'Oh, I’d love to be in that.'"

What is known, however, is that Halfpenny will be appearing in the second season of ITV's Liar. The thriller series also stars Downton Abbey's Joanne Froggatt and Welsh actor Ioan Gruffudd.