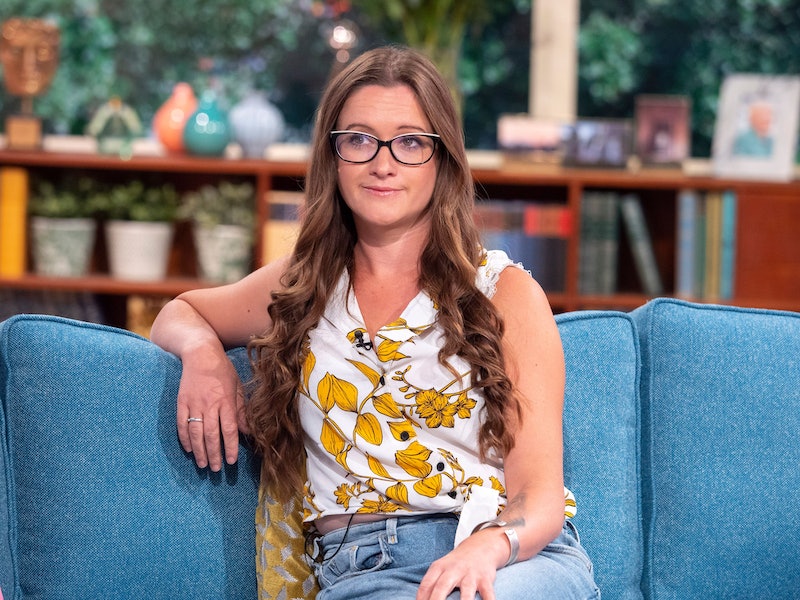 Airing tonight on Channel 4, Train Your Baby Like A Dog sees animal behaviouralist Jo-Rosie Haffenden use dog training methods and apply it to kids. The series follows two families with young children who are struggling to control their behaviour, which Haffenden aims to rectify using positive reinforcement and helping a child understand how and what to do in a given situation. But who is Jo-Rose Haffenden, and how did she come up with the idea of translating dog training techniques into parenting tips?

Haffenden, who was raised in a farming community in Sussex, has been working with animals since she was born. After "eventing horses at 15 and then competing with her rescue dog at the European standard in her 20s," as her bio reads, Haffenden went to study Applied Psychology and earned a postgraduate degree in Animal Behaviour. Using her skills and knowledge of training and behaviour, Haffenden "is passionate about evidence-based training techniques and showing people how similar animals are to us," which is exactly what she aims to present in Train Your Baby Like A Dog.

However, while Haffenden has maintained in recent interviews how the show focuses on adapting these behavioural techniques to benefit raising children, it's not surprising that a provocative title like Train Your Baby Like A Dog has been met with criticism. A petition created by organisation Autistic Inclusive Meets, which calls for the show to be cancelled, has already garnered 25,000 signatures.

The petition specifically mentions the use of a clicker in the show. A clicker is used to train dogs "to associate the sound of a click with a food reward. When they consistently make this association then the actual training for specific behaviours can begin," dog food company Pedigree explains.

The petition states: "Clicker training is used in the behavioural therapy Applied Behaviourial Analysis, used on autistic children. It is shown to cause PTSD in adults that were subjected to it ... The children as far as we know in this show are not autistic, however NO child should be treated like this ... The children are shown no dignity or respect in clicker training behaviourism, and will be a prime target for grooming in the future as they will have been taught to comply to an adults demands, regardless of their own comfort or autonomy for reward."

Speaking to HuffPost, Chief Executive of the Association of Child Psychotherapists (ACP), Dr Nick Waggett, said of the show: "The suggestion that parents train or treat their babies like dogs is very disturbing. It de-humanises vulnerable infants and could be acted on by parents in ways that might lead them to inadvertently harm their children."

"We recognise that it is not the intention of those involved in the programme to encourage this type of behaviour towards babies and children but in putting this inflammatory and de-humanising idea into the public domain, with the apparent support of a 'behaviour expert', this may be an unintended consequence."

HuffPost also heard from a Channel spokesperson, who said:

"The programme explores a new approach to childcare, grounded in positive, science-based motivational techniques that are used widely by parenting coaches and animal behaviour experts. Throughout filming and broadcast, the welfare of all contributors in the programme is of paramount importance and the process is supervised by qualified child psychologists."

During an interview on This Morning, Haffenden was asked by hosts Eammon Holmes and Ruth Langsford about the petition and her thoughts on it. The behaviouralist said she understood the reasoning behind the petition and reiterated that, while a clicker is seen to be used in the trailer, she only uses it twice in the show — "once with each of the families." Haffenden goes on to explain that she used it with one particular family to teach the parents about "the timing of their praise," to help avoid their child getting frustrated from feeling as though they weren't being listened to.

More like this
Michael Owen Sheds Light On Why Gemma From 'Love Island' Is Oh So Serious
By Maxine Harrison
Yes, Luca Bish Really Doesn’t Drink Alcohol
By Shahed Ezaydi and Sophie McEvoy
Winter 'Love Island' Is Officially Coming Back & Twitter Has Thoughts
By Sam Ramsden
'Love Island’s Latest Bombshell Has His Mind Set On One Girl In Particular
By Sophie McEvoy
Get The Very Best Of Bustle/UK