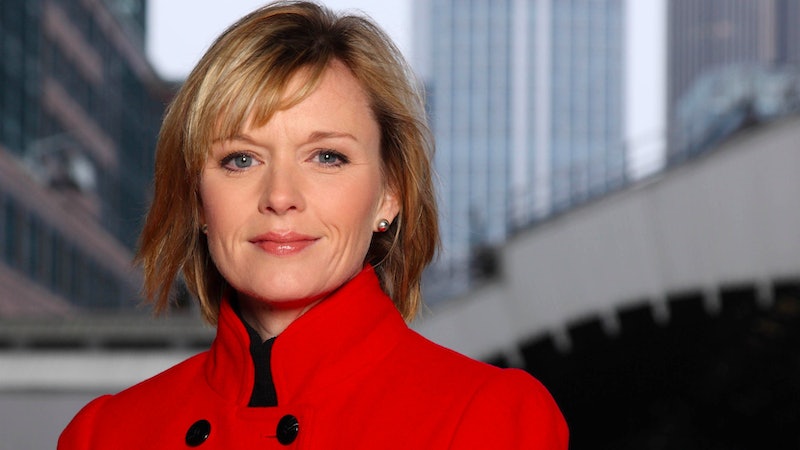 Boris Johnson and Jeremy Hunt will face each other, one on one, in front of a live audience for the first time on Tuesday, July 9 in another Conservative leadership debate. These debates have been no easy watch with the candidates mainly arguing what the best solution to Brexit is, if there is any at all. Emily Maitlis took on the role as referee in the BBC televised debate and did a great job of maintaining some sort of order. As the debates come to ITV one of her peers will be taking over proceedings. So, who is Julie Etchingham? The ITV presenter and newsreader has more than enough broadcasting experience behind her to keep Hunt and Johnson in line. Who knows? With her track record she might even get a viral sound bite out of them too.

Getting the news that you’re in charge of holding Johnson and Hunt to account, as well as stopping them bickering for an hour straight, must be pretty daunting. However, this is just another day at the office for Etchingham. An award winning journalist, she learnt her craft at University of Cambridge before working at the BBC, Sky, and Five News. ITV viewers will be more than used to seeing her present the News at Ten which she has done for the last decade.

Etchingham also is a presenter and reporter on ITV’s Tonight programme, which was presented by Sir Trevor McDonald until 2007. The current affairs show takes big societal issues and human interest stories in a bid to get to the bottom of them. On July 4, Etchingham profiled the two Conservative leadership candidates in the run up to their debate at 8 p.m. on July 9.

If you’re not a regular viewer of ITV News but still recognise Etchingham's face it may be because she conducted the interview which ended up being one of Theresa May’s most viral moments. While the robot dancing in South Africa and walking out to ABBA at the Conservative Conference got a bit of screen time nothing will compare to May’s admission that the naughtiest thing she’s ever done is run through the fields of wheat. It was in an interview with Etchingham for the Tonight programme that that revelation essentially broke the internet. And I have to say Etchingham managed to keep a straight face throughout which bodes well for the debates.

Hunt and Johnson will meet to discuss their policy positions and no doubt Brexit will come up more than once. They'll take questions from members of the public in front of a live audience in MediaCityUK, Salford. The debates are ahead of Conservative members voting for the next Prime Minister and with ballot papers arriving, it isn’t long now until it's all over. The winner and next PM is set to be announced on July 23.

Britain's Next Prime Minister: The ITV Debate will be shown tonight (July 9) at 8 p.m. on ITV. I have no doubt that Etchingham will keep Johnson and Hunt in line.