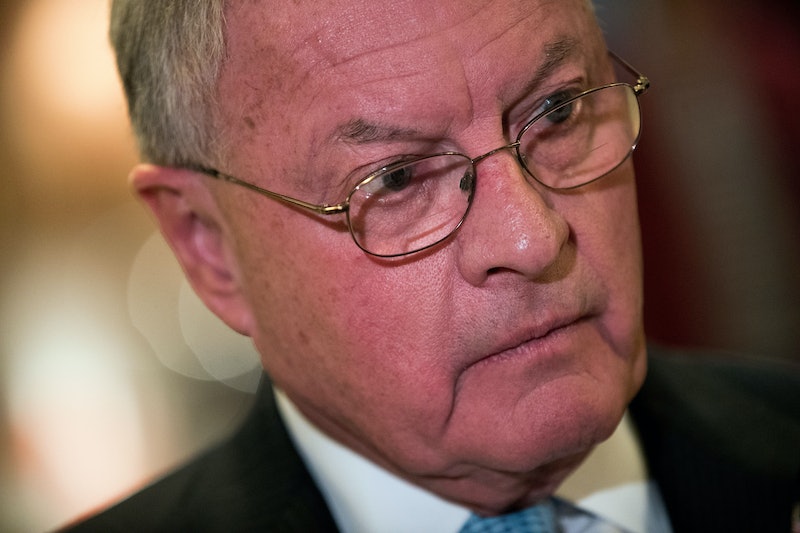 As embattled National Security Adviser Michael Flynn stepped down on Monday, the Trump administration quickly announced that Lieutenant General Keith Kellogg would serve as interim national security adviser. As the Lieutenant General will be stepping into a very visible and important role, it is important to know who Kellogg is and of what his career history and experience consists.

At the advent of the Trump administration, Kellogg was appointed as Chief of Staff of the National Security Council. Kellogg had advised Trump during his presidential campaign and had been considered a strong contender for this role.

Prior to his work with the administration, Kellogg served in the United States military for over 30 years. He deployed to Vietnam in the 1960s, where he earned Silver and Bronze Stars as well as an Air Medal. He also went on to command the 82nd Airborne Division, which is, according to The Nation, known as the world's largest army parachute division.

Kellogg also worked in several other capacities in the army before retiring from active duty, serving as the chief operating officer for the Coalition Provisional Authority in Baghdad and the Pentagon’s director of command, control, and communications for the Joint Chiefs of Staff.

Post-military, Kellogg moved to the private sector, working for several defense and military contractors, including CACI International, Abraxas, and ﻿the Cubic Corp. Kellogg held very prominent positions at each one of the contracting companies and seemingly continued his work in the private sector up until he began advising the Trump administration.

According to The Guardian, in contrast with Flynn, Kellogg "has kept a low profile in the White House." Perhaps partially due to this ability to keep a low profile, the Lieutenant General is reportedly also being considered for for the permanent national security adviser role in addition to being selected to serve as the interim adviser. However, Kellogg may face some serious competition for this role.

According to Politico, the Trump administration has complied a fairly extensive list of possible replacements for Flynn, with former Central Intelligence Agency Director David Petraeus appearing to be the heavy favorite for the position due to the close nature of his relationship with President Trump. However, Petraeus' controversial past (he plead guilty to mishandling classified material in 2015) coupled with the fact that Kellogg will be serving as interim adviser may give Kellogg a leg up when it comes to deciding who will serve as the permanent adviser.

Overall, whether or not he continues in the role of national security adviser long-term, it is certainly important to know Kellogg's career history in order to better contextualize his decisions and anticipate and interpret his actions.