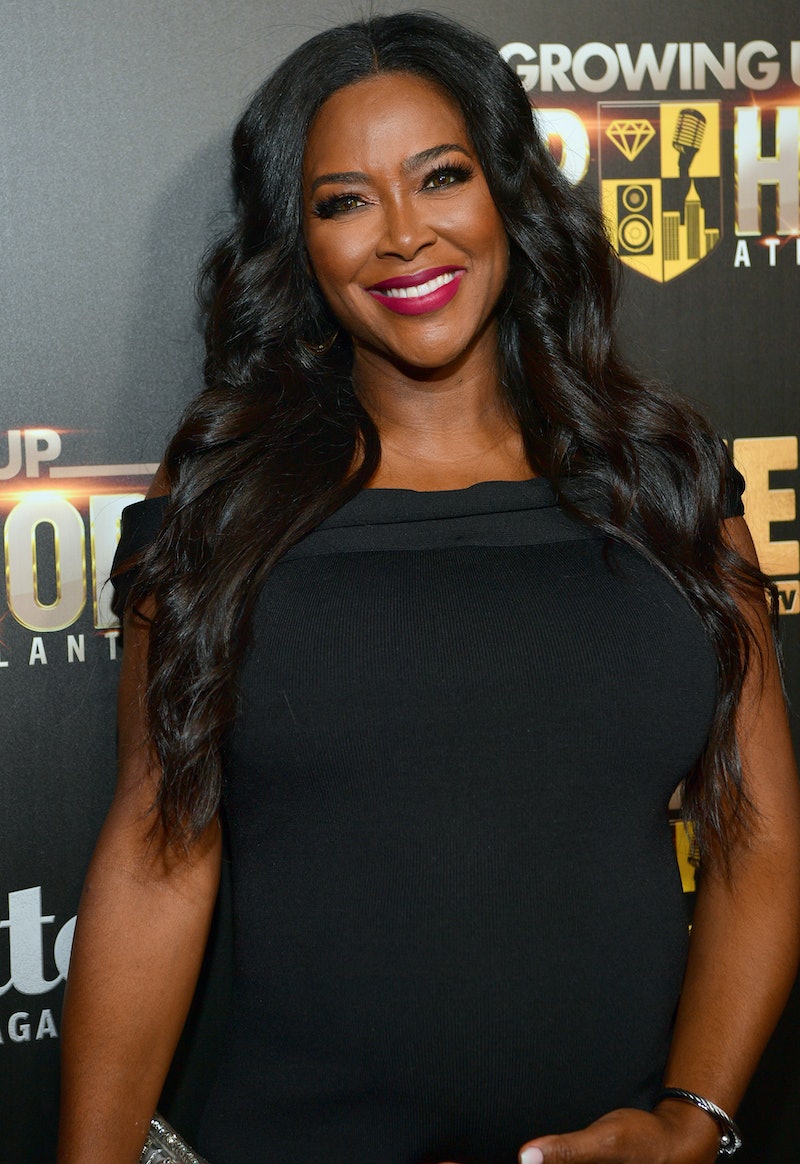 Love her or hate her, Miss Gone With the Wind Fabulous is back. Kenya Moore is making her return to the Real Housewives of Atlanta for Season 12 after putting down her peach last year. Among a wealth of other drama, Kenya's storyline this season will include the end of her marriage with husband Marc Daly. But, since the start of the season was shot months in advance, Kenya Moore's dating life outside of the show could be at a different point now.

This is just the sort of thing you have to wonder about when you watch a Real Housewives series, you know? These reality stars' lives can move pretty quickly, and it's up to us to keep up in real-time. But, in the case of Kenya, her official split from her husband is still very fresh, so she's single at the moment. That means no news of a new guy on her Instagram that fans can creep on. Sorry.

On September 19, Kenya and Marc confirmed their split by each sharing their own statements with the press. "It is with profound sadness that I regret to inform my fans that I am divorcing my husband Marc Daly," reads Kenya's statement in People. "Due to recent and ongoing circumstances, I can no longer continue in the marriage. My sole concern and focus is and will always be my daughter, Brooklyn, my miracle baby. She was made in love and true commitment. I ask for our privacy to be respected moving forward."

In his own statement, Marc also asked for privacy, adding, "Rumors, innuendo or false accusations only serve to hurt our family and will be addressed through counsel as the law permits."

The new season of RHOA will show the lead-up to the divorce. In the trailer for the season — which was released about a week after news of the split — Cynthia Bailey asks Kenya, "Are you happy in this marriage?" and she responds through tears, "I'm in a really low place right now." Kenya also meets with a woman (possibly a lawyer?), who asks Kenya if she has a prenup. We don't get to hear the answer just yet. There's also a scene with Marc, in which he tells Kenya, "You can take everything. I'll build it again."

It sounds like it's going to be a tough season for Kenya, and that's outside of whatever goes down with the other women. Still, RHOA viewers have six seasons worth of evidence that nothing can keep Kenya down. She's been spending her time recently with her daughter, being shady while promoting the show, and continuing with her other work, like her partnership with an IVF charity.

If there's one thing that sums up her attitude after her split, it's the Instagram she posted the day the news of her divorce came out. Along with a photo of herself with Brooklyn in Greece, she wrote the Beyoncé lyrics, "Me and my baby, we gon' be alright. We gon' live a good life..."

Yeah, it looks like she's going to be just fine. Kenya can handle being single, now, we need to move on to bigger questions, like what on Earth that huge fight is about in the trailer.

More like this
Joey Essex Is Rumoured To Be Dating A 'Love Island' Favourite
By Sam Ramsden
Vanessa Bauer Is Reportedly Dating Her 'Dancing On Ice' Partner
By Darshita Goyal
Erika Jayne's Estranged Husband Tom Girardi Has Been Indicted On Fraud Charges
By Jake Viswanath
'RHOSLC’s Heather & Whitney Are Still On A “Friendship Break” After Season 3 Reunion
By Jake Viswanath
Get Even More From Bustle — Sign Up For The Newsletter
From hair trends to relationship advice, our daily newsletter has everything you need to sound like a person who’s on TikTok, even if you aren’t.