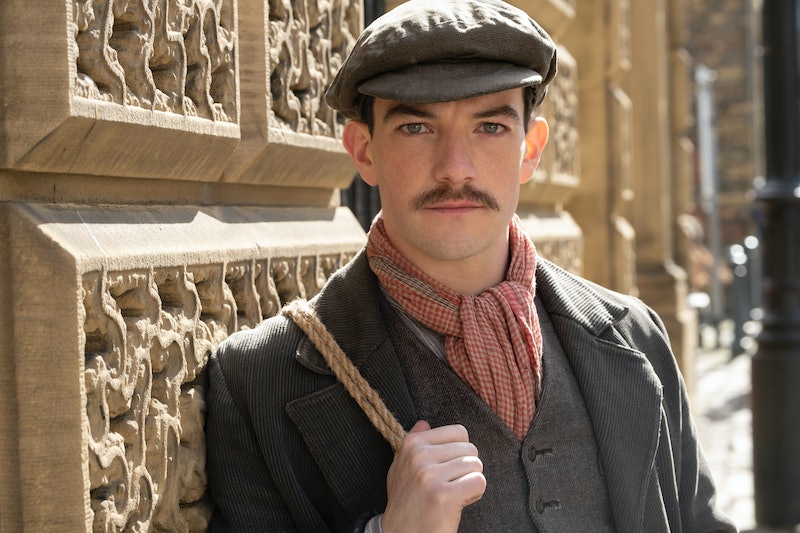 Set in the mid 1800s, The English Game follows the origin story of football and its earliest adopters. The six-part series is full of faces you'll recognise instantly – Edward Holcroft, Charlotte Hope, and Craig Parkinson, to name a few – and some you may not. The show's lead character Fergus Suter, for example, is played by an up-and-coming actor not everyone will be familiar with. So who is Kevin Guthrie, and what else has he been in?

Guthrie was born in East Renfrewshire, just outside of Glasgow. According to The Scotsman, Guthrie loved acting from a young age, signing up for the Pace Youth Theatre in Paisley. He later went on to study acting at the Royal Conservatoire of Scotland.

Guthrie is perhaps best known for his run in Fantastic Beasts & Where To Find Them. The Scottish actor joined the cast back in 2016 as Ministry Of Magic turncoat Mr Abernathy, and speaking to The Sun about the role, he said: "I've always been a huge Harry Potter fan so to enter into the Hogwarts domain was one of my life's big achievements." And, as if we weren't already jealous enough, he revealed to Scottish magazine The National that "[f]ilming Fantastic Beasts [was] like going into a playground and having lots of fun as every day there [was] a different visual spectacle."

Aside from appearing in huge franchises such as Fantastic Beasts, Guthrie has also gained traction in the indie movie world. The actor starred as the lead in Marilyn Edmond's Connect, a film that looks at mental health issues among young men. Speaking about his first reading of the script, Guthrie told The National: "I realised I would be very disappointed if I watched the film once it was finished and I hadn’t taken the role." Other smaller titles Guthrie has been involved in include Sunshine on Leith, Whiskey Galore, and Edie.

Guthrie is also no stranger to the theatre world having performed in stage production of Peter Pan and Crime and Punishment, as well as a couple of Shakespeares.

Guthrie's latest role is as Fergus Suter in The English Game, a Netflix production about the origins of football developed by Downton Abbey and Belgravia writer Julian Fellowes. Suter is often credited as having been the first ever professional footballer and the show tells the relatively unknown story of where the game began and those who revolutionised the sport.

Watch The English Game on Netflix.

More like this
Rupert Grint Just Shared A *Major* Update About Ron Weasley’s Future
By El Hunt
'The Last Of Us' Has Officially Been Renewed For Season 2
By Darshita Goyal
Turns Out George Clooney Is A Huge Fan Of This Classic British Game Show
By El Hunt
Olivia Colman Stars In First-Look Trailer For BBC's 'Great Expectations'
By Sabah Hussain and Sam Ramsden
Get The Very Best Of Bustle/UK
Sign up for Bustle UK's twice-weekly newsletter, featuring the latest must-watch TV, moving personal stories, and expert advice on the hottest viral buys.