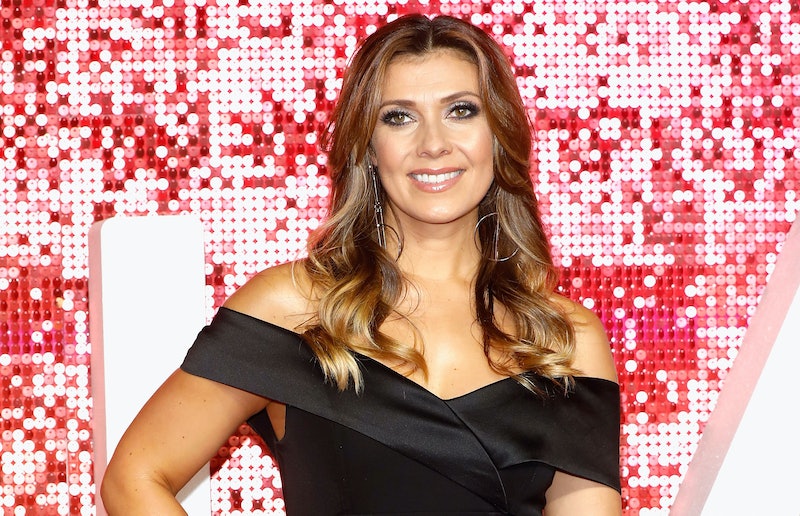 Kym Marsh announced earlier this year that she had split from her partner Matt Baker. The couple became an item in 2015, a year after she separated from husband Jamie Lomas, and stayed together for almost three years before deciding to call it quits. But who is Kym Marsh dating now? Well, reports suggest that since the break-up, the Coronation Street actress has been focusing on her career and has moved on with her life. In fact, rumour has it that she's seeing someone new.

According to OK! magazine, Marsh has been dating an army major named Scott Ratcliffe — and she's pretty happy with him too. "Kym has been seeing Scott but they're both taking things slowly," a source told the publication. "Scott's a major in the Parachute Regiment and comes from Scotland. They've been on a few dates over the last few weeks, and they're still getting to know each other, but you know they're taking it as it comes."

So, how serious is Marsh's new relationship? The source reckons it's still very early days. They explained: "Kym split from Matt around three and a bit months ago, but she only recently started seeing Scott."

I reached out to Kym's rep to see if they could confirm the report, however, I am yet to hear back. But whether or not she is dating Ratcliffe, I hope that she is happy following her break-up from Baker. Although they have clearly parted ways on good terms, splitting up is never easy.

Opening up about her split from Baker, Marsh previously told OK! magazine: "We still care for each other, we’ll stay friends and I’m sure we’ll be a part of each other’s lives in the future. Now we each just want to focus on our families, our work, and our friends as we move forward."

Marsh started dating Baker a few months after she called off her engagement to Dan Hooper in 2015. Although they never married, Marsh has been married twice before. She exchanged vows with her first husband Jack Ryder in 2002, however, they divorced in 2009. She then married Hollyoaks actor Jamie Lomas in 2012, but they split 13 months later in 2013.

The actress has two children from her former boyfriend Dave Cunliffe, 23-year-old David and 21-year-old Emilie. She also has seven-year-old daughter Polly from her marriage to Lomas.

During their relationship, Marsh and Lomas tragically lost a baby son named Archie, who was born prematurely and died moments after he was born. Marsh has bravely spoken out about this devastating loss at length in a bid to raise awareness, most recently on ITV's Lorraine where she expressed her desire to lift the taboo linked to baby loss.

"It's the single worst thing that's ever, ever happened to me and I wouldn't wish it on anyone," she said. "My ambition now is to really go forth and to try and help people who are in that situation."

Marsh is currently starring as Michelle Connor in Coronation Street. She will also be gracing the nation's screens on Wednesday evening in a one-off documentary tonight called Coronation Street's DNA Secrets. The 90-minute show will be taking a deep dive into their ancestry of the cast, including Marsh's family tree.

Presented by Nicky Campbell, the show is set to follow actors from the soap in their quest to discover where they have come from. Each star will provide a saliva sample to a DNA expert before hearing the results.

As well as Kym, Coronation Street favourites such as William Roache (Ken Barlow), Simon Gregson (Steve Connor) and Nicola Thorp (Nicola Rubenstein) will all take part. In true Corrie style, the show will be conducted on set and will feature much-loved spots such as the Rovers Return pub.

Coronation Street's DNA Secrets is on ITV on Wednesday at 9 p.m.