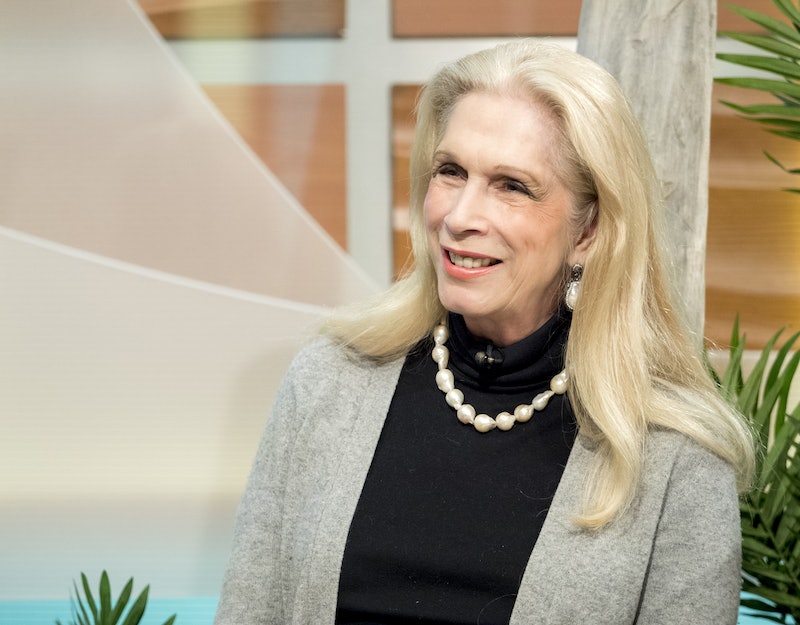 As the seventh series of Celebs Go Dating prepares to kick off, it's time to dive deep into the lives of the latest famous people willing to show off their dating skills on TV. Most faces you will know. After all, two only left the Love Island villa a year ago (Jack Fincham and Megan Barton-Hanson) and another two are from the UK's most-loved reality series (Lauren Goodger and Nathan Henry). But one individual in particular may be an enigma to you. So who is Lady Colin Campbell?

First of all, at 69, she is Celebs Go Dating's oldest ever contestant, according to The Sun. And her life has certainly raised a few talking points over the years.

Let's start with her name. It's not actually Colin FYI; that comes from the moniker of her aristocratic ex-husband, Lord Colin Ivar Campbell. (In those kinds of circles, it's common to be known by your husband's name.) No, Lady Campbell's birth name is Georgia Arianna Ziadie, reports Metro. And, per Grazia, she was born intersex and has been incredibly open about her family's views and actions.

Her rise to fame, however, can be attributed to the unauthorised books she wrote about the royal family — especially her stories relating to Princess Diana and the Queen Mother. Diana in Private: The Princess Nobody Knows was published in 1992, followed by The Royal Marriages: What Really Goes on in the Private World of the Queen and Her Family a year later.

Lady Campbell also penned a non-fiction book that analysed her own Jamaican upbringing. Entitled Daughters of Narcissus, it weaved the "narcissistic" personality traits of her mother together with power and wealth found in "upper class Jamaican society."

In an interview with The Writers Life, Lady Campbell said she didn't plan on becoming a writer. "I started out as an artist, before switching to dress designing. But I found that so boring that I walked out of the Fashion Institute of Technology in New York during my second term, and decided to become a writer instead," she explained, adding: "My father, however, refused to countenance such a career change, and compelled me to finish my degree."

She also noted that she "fully intend[s] to write until they close the lid on [her] coffin." And there does appear to be another book on the way. According to Lady Campbell's Instagram, it will explore the relationship between royals and people of colour and will be released in October 2019.

Back in December 2018, the Daily Mail reported that the Duchess of Sussex could appear in Lady Campbell's next book. "The thing about Meghan Markle is that it is a developing story. There is a lot more about her to come out yet," she told the paper at the time. In a more recent interview with Closer, she criticised Meghan, saying: "Royalty do not behave like celebrities do. It’s cheap, vulgar, and irresponsible."

Along with writing some rather controversial books, Lady Campbell has also not been shy of a TV show or two, appearing on reality series like I'm a Celebrity...Get Me Out of Here! and Celebrity First Dates in recent years.

Celebs Go Dating will therefore be the second show to examine her love life. After divorcing her husband in 1975, per the Mirror, her love life has been relatively quiet since. The Scotsman alleges that she was in some way involved with actor Larry Lamb and was with another individual for 15 years. In 1993, she adopted two boys from Russia called Misha and Dima, The Scotsman reports.

As for Celebrity First Dates, she has explained her requirements for any potential suitor, reports the Mirror: "He has to be a man, I don't like mice. He doesn't have to be upper class but he has to be able to fit into the upper class world. But I don't think he exists."

Let's see if Paul, Anna, and Tom can rise to that challenge.