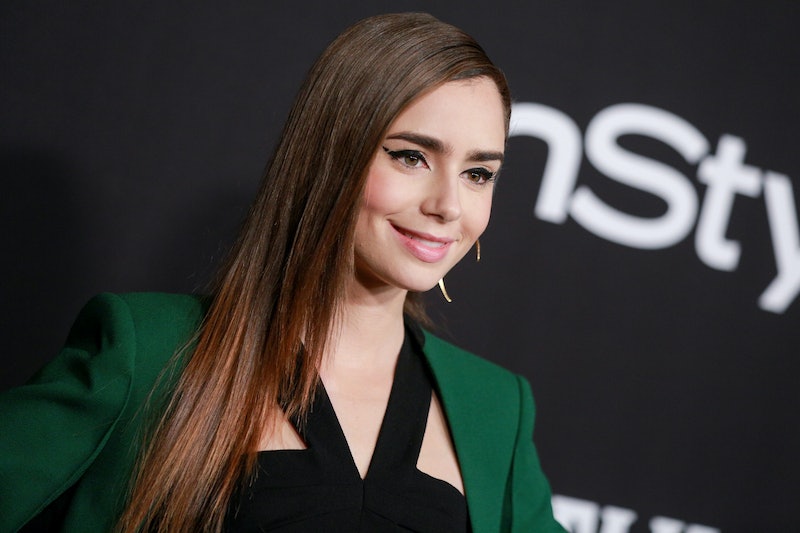 The highly anticipated television adaptation of Les Miserables makes its debut on BBC One this week. The new series will display a reimagined version of the classic novel, and boasts a more than impressive cast including Dominic West, and British-American actress, Lily Collins. In addition to acting, Collins is known for her modelling, writing and twelve million strong Instagram account on which she shares her glamorous lifestyle. But who is Lily Collins dating?

Well, according to the Daily Mail, Collins is currently single, after recently splitting with British actor and singer, Jamie Campbell Bower. Despite getting back together in January 2018, the couple reportedly called it quits back in July after a five year on-off romance. As fo the reasoning behind the break-up, a source told The Sun that the couple "amicably" decided to go their separate ways, after realising they were "not right" for each other. The source said: "Lily and Jamie have clearly got a lot of history and they have been close for a long time, but in the end they decided they weren't right for each other and it came to an end amicably." The source added that the former couple plan on remaining good friends. They told the paper "They are still friends and there are no hard feelings."

According to Glamour US Collins and Bower were first linked romantically back in 2012 after appearing together in the fantasy film, The Mortal Instruments: City of Bones. The couple then split around a year later, before reconciling in 2015. After another hiatus Collins and Bower appeared to confirm they were back together after re-following one another on Instagram and very publicly declaring their love in a series of social media comments, as the Daily Mail reports.

The To the Bone star recently opened up about her experiences of dating as a millennial woman. And in an interview with Glamour, Collins said: "I’ve been ghosted more times than I care to admit… I would prefer people to be honest with me, as I live like that. I don’t think it will be something I can ever figure out. The good thing is that we all have the same issues." Previously, Collins has dated Twilight's Taylor Lautner and the High School Musical leading man Zac Efron, and as reported by the Daily Mail, the 29 year-old has in the past discussed what she looks for in a partner. She revealed: "I've learned a lot about myself because of the relationships that haven't worked out. I've had some good and some bad relationships," and continued "I want someone to make me laugh. I need to just be enough for someone. I would like to be accepted in my pyjamas or wearing something glamorous."

Collins stars in the BBC adaptation of Les Miserables, which kicks off on 30 December at 9 p.m. on BBC One.

More like this
You’ll Most Definitely Recognise Kyle Pryor’s Soap Star Girlfriend
By Sophie McEvoy
We’ve Got A Text! Another 'Love Island' Series Is On The Way
By Darshita Goyal
Lily Collins Has Pretty Strong Opinions About Being A ‘Nepo Baby’
By Darshita Goyal
England’s Conor Gallagher & His Partner Have The Cutest Puppy
By Sophie McEvoy
Get The Very Best Of Bustle/UK