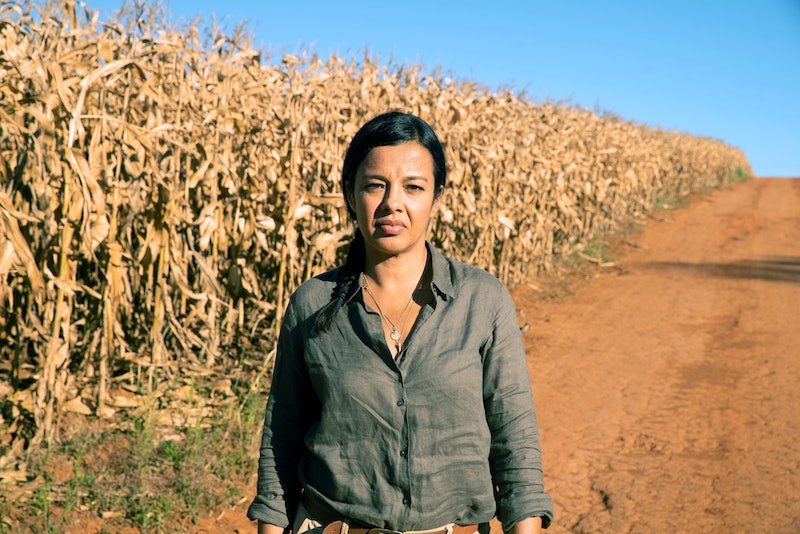 With countless wildlife and natural history documentaries under her belt, presenter Liz Bonnin is a familiar face to many BBC viewers. Her most recent venture was for Blue Planet Live last year, and now viewers will get to see her explore how the production and consumption of meat affects the planet. But who is Liz Bonnin, and what inspired her to follow this career path?

Appreciating, and documenting nature has been what Bonnin's known since she was a kid. "I grew up in the countryside in the South of France with my sister and we were always running around discovering hedgehogs, spiders and snakes with our two dogs — I think a childhood spent outdoors cements your love of nature," the presenter told travel site Responsible Travel.

After finding a passion for biology and chemistry, she went on "to study biochemistry at Trinity College in Dublin", as detailed in her official bio. She then earned a Masters degree "in wild animal biology with the Royal Veterinary College and Zoological Society of London, and also set up a research project in Nepal to study tigers.

With all that experience under her belt, Bonnin then decided to start a career in presenting. "I didn't plan to be a science and wildlife presenter but after accidentally working in television for a while I thought it might be nice to combine my passion with a new found interest," she explained to Responsible Travel. Her passion certainly shines through in her latest documentary, Meat: A Threat to Planet Earth, which is part of a group of commissions for BBC One titled Protecting Our Planet.

"Unless we do things very differently, the impact the meat industry has on our environment is only going to get worse," Bonin said in a press statement. "As demand increases, so greenhouse gas emissions, so does pollution, so does the destruction of biodiversity. Which leads to one very obvious question: should we just stop eating meat?"

Travelling across the world to document the destruction of habitats and what goes on inside meat 'super farms', Bonnin poses what can be done to prevent the meat industry from devastating the environment. The presenter also visits places in the U.S. and Europe, where she investigates "how humans can continue to eat meat — how to rear it, how to feed it, how to graze it — without killing the planet," as a BBC press statement reads.

Bonnin will also explore the debate on whether meat is an essential part of a human's diet, and how it can be substituted with "meatless alternatives to our every-day meals".