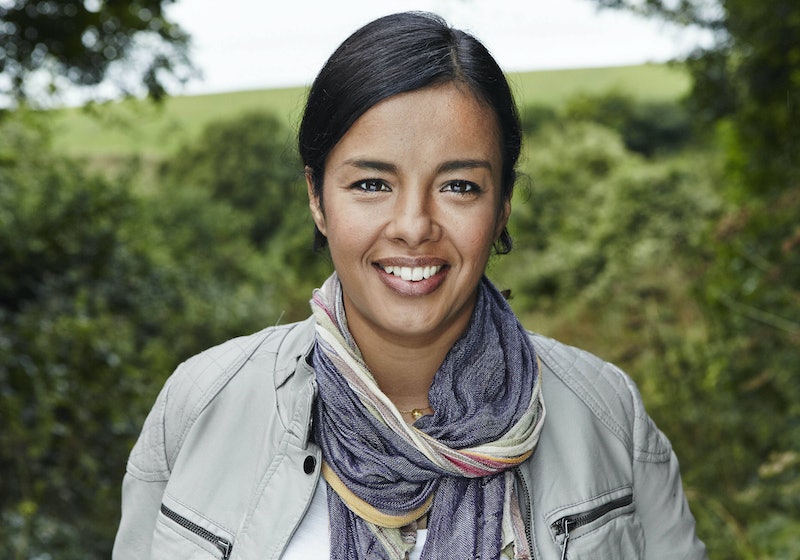 The BBC's latest edition to the Blue Planet franchise this time takes viewers on live explorations of marine life, and the current state of the world's oceans. Blue Planet Live is hosted by Deadly 60 star Steve Backshall, Springwatch regular Chris Packham and TV presenter Liz Bonnin. But what else is there to know about the show's presenters? And is Liz Bonnin married?

Well, it's safe to assume that Bonnin prefers to keep details of her personal life out of the public eye, as little is known about the current status of any potential relationships. So much so that she hasn't even shared any snaps of a partner on her Instagram. I have reached out to representative of Bonnin's for comment, and will update with any new information once it becomes available.

She did, however, tell the Irish Independent that she prefers her private life to remain as private as possible. "I learnt very early in my career to keep that side of my life precious - because I'm actually a very private person," she said. You don't say anything. That's my haven. I mean, I don't have kids - I think that's pretty apparent… but it's not something I talk about. Another interviewer was saying to me: 'You've done a really good job. I've looked up all that stuff and I can find out nothing.' Well, good."

According to the BBC, Bonnin graduated from university with a degree in biochemistry. She later went on to complete a Masters degree in Wild Animal Biology at the Royal Veterinary College and Zoological Society of London, according to her official website. Bonnin is known as an animal behaviour specialist, and has brought her knowledge to television shows such as Wild Alaska Live, Operation Snow Tiger, Big Blue Live and Super Smart Animals. According to the Radio Times, the scientist and TV presenter also recently starred in the BBC documentary Drowning in Plastic, in which Bonnin shed light on the ever-increasing environmental issues brought on by plastic. In the programme, the 42 year-old stated her belief that a total ban on plastic is now the only solution to solve the "devastating" problem.

Speaking to the Radio Times about the BBC documentary, Bonnin explained, "When it comes to all single use products, I just think if we can live without them, we should live without them. There’s no kind of middle ground any more. So can we live without plastic water bottles? Yes, we can. We have this sort of throw-away attitude to this product." The presenter also revealed that filming Drowning in Plastic was a bittersweet experience, and she admitted that the programme is "a hard watch and a hard pill to swallow, but we are responsible for this. So what do you want? How are we going to sugar that pill? We’ve just got to get on with it and fix the mess we’ve created for ourselves."

As previously mentioned, Bonnin is currently appearing in the BBC series Blue Planet Live — a special week of programming that aims to celebrate marine life around the world, and to explore the current health of our oceans. In a statement a representative for the BBC said that the new series comes during "a crucial time for our oceans," and promised that viewers can expect to "dive deeper than ever before to witness first hand the wonders of and the challenges facing our blue planet."

As iNews reports, veteran BBC wildlife presenter Sir David Attenborough will not appear in, or provide commentary for, Blue Planet Live — despite being involved in both Blue Planet, and Blue Planet II. Although Sir David isn't involved, the new series sounds like its going to provide some unmissable television, and I can't wait to learn more about the environmental problems faced by our beautiful oceans.