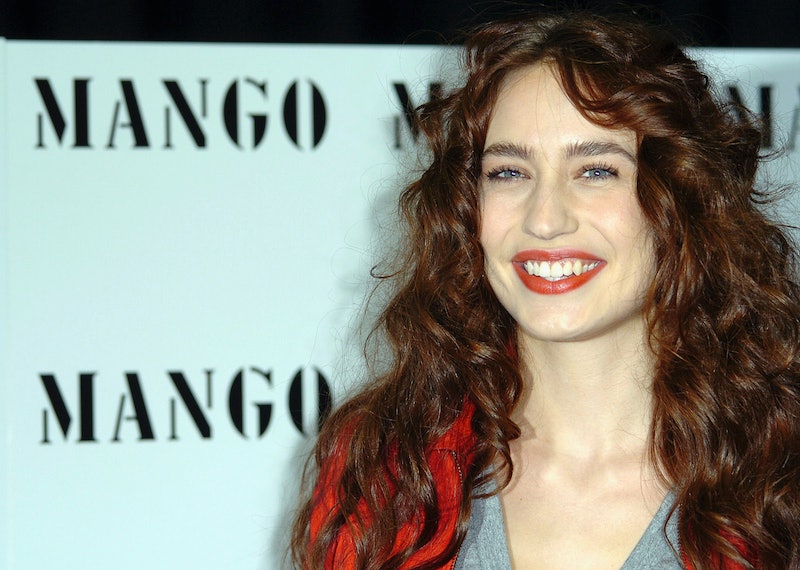 Although it's been months since Women's Equality Day on August 26, Lizzy Jagger's fight for gender equality is hardly over. The producer, actress, and model recently commemorated Women's Equality Week from August 21 to August 26, calling for reflection on achieving women's empowerment while sharing her personal thoughts on the journey toward gender equality in America. For those who may not be in the loop, Jagger is the eldest daughter of the Rolling Stones' Mick Jagger and supermodel Jerry Hall. And in addition to paving her own path as a model and producer, she's fiercely advocating for women's rights.

This is about equality. As women, we are in the boat relentlessly pushing paddles through false oceans until we pass the ERA.

Women's Equality Week was inspired by the people behind Equal Means Equal, the award-winning documentary from Kamala Lopez, the filmmaker and activist whom Jagger works with. "After working with [the team of] Equal Means Equal, we decided to turn Women's Equality Day into a Women's Equality Week," Jagger says about her involvement in the film and week. But she is quick to point out that she is opposed to celebrating the event: "We don't think it should really be celebrated. It's a week for us to focus on our efforts. We're not celebrating anything because we do not have equality."

Jagger has been working to raise awareness for and bring more attention to Equal Means Equal in public and media conversations. On a primary level, the message of the documentary focuses on highlighting the inequality women face under American federal law. In January 2017, Jagger was busy supporting her friend and artist-activist Natalie White in her protest demanding that the Equal Rights Amendment is finally ratified.

To be fair, Jagger's reluctance to celebrate isn't exactly unreasonable. While the United States has come a long way in the fight for gender equality, the Constitution, even in 2017, does not guarantee equal rights for all citizens regardless of gender. The ERA passed federal approval in 1972, but it ultimately stalled after failing to reach enough states' approval to be ratified. And that's what she's focusing on.

Jagger says she is doing "everything I possibly can" to ratify ERA. The model tells Bustle, "I am regularly lobbying for the three-state strategy to remove the time limit on the ERA, S.J. Res. 5 and H.R. Res. 53, in Congress. When I'm not in Washington, D.C., I follow up with regular letters to my lawmakers urging them to sign on to pass the ERA."

The model is referring to two separate bills: H.J. Res. 53 by Rep. Jackie Speier of California and S.J. Res. 5 by Sen. Benjamin Cardin of Maryland. They are current resolutions that collectively demand the removal of a time limit in order to ratify ERA.

When Jagger isn't politically campaigning for the two bills in D.C., the fashionista is asking people to support the ERA by submitting their email address and zip code in the Equal Means Equal website to find out what kind of actions they would need to take in order to locally pass the ERA. On the website, people can find out whether their state has passed the ERA by simply selecting their state and checking where it stands on the amendment.

But it isn't just digital activism and signing up that will help. Jagger notes that Americans are blissfully unaware of how pervasive inequality on the gender frontier is, including herself initially. "It's embarrassing because I had assumed that we did have equal rights under the law," Jagger says but "the second I found out that we did not, I knew I had to get involved in helping out to pass ERA in any way possible." Social awareness of gender inequality is crucial, and so is stepping out to talk to everyday women about their struggles. Living in one's own cocoon of naivete won't help, Jagger realized.

If you spend time outside any courthouse in America talking to women, the evidence of gender inequality within federal law will bring you to tears.

Jagger says women are still treated as "chattel" in the United States and that America is the "only Western country" with a regressive attitude towards gender. Furthermore, she points to women getting taxed higher on feminine hygiene products, the criminal justice system dismissing female rape victims, and the sexism inherent in the system that fails women who seek protection and justice. Still, however, the model has hope and apparent resilience for the future. "This is about equality," Jagger says, "as women, we are in the boat relentlessly pushing paddles through false oceans until we pass the ERA."

With resolutions like those from Speier and Cardin, increased social knowledge about the lags that women experience in egalitarianism, and her own efforts through Equal Means Equal, Jagger's raw optimism shows that she is confident gender equality for American women — in the social, legal, and political fabric of our society — will no longer be a faraway dream.