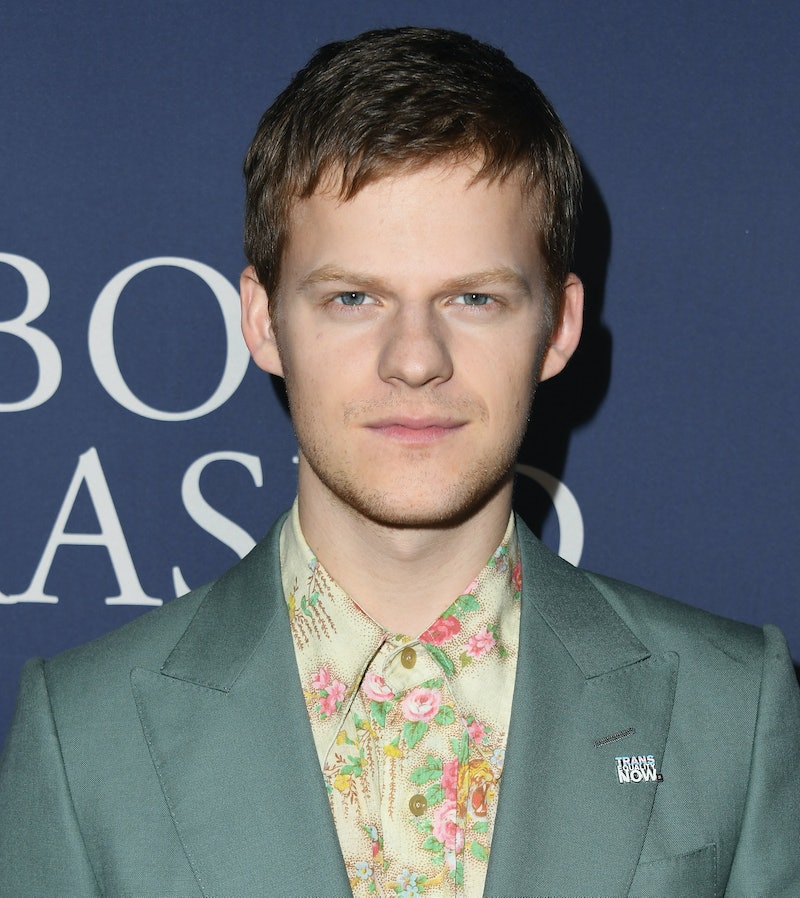 The 76th Golden Globe Awards will take place this Sunday, January 6, and one face you'll see in the crowd is that of Lucas Hedges, who is nominated for Best Actor in a Motion Picture, Drama for his role in Boy Erased. If you're a fan of the actor, you might be wondering who he will bring to the Globes red carpet. Is Lucas Hedges dating anyone? Is he one of those celebs who likes to show up with a family member, making everyone say," Aww. How nice!" in the process? Will he show up solo? Let's take a look at the clues.

This is the first time Hedges has been nominated for a Golden Globe, but he has been up for some major awards in the past. In 2017, he was nominated for an Oscar for Best Supporting Actor for Manchester by the Sea. At that time his date was his mom, and it did make people go, "Aww." He's also been nominated for a few Screen Actors Guild awards, including a solo nomination for Outstanding Performance by a Male Actor in a Supporting Role, also for Manchester by the Sea. But, it seems that for those award shows he attended with other cast members from his movies. Makes sense, as most of the nominations were for Outstanding Performance by a Cast in a Motion Picture.

As for this year's Golden Globes, he could bring his mom, Susan Bruce, or his dad, Peter Hedges, who is a filmmaker, and directed Hedges in one of his other movies from this year, Ben Is Back. (Hedges was also in Mid90s. It's been a busy year.) But, there has been talk that he might be dating someone. In December, Just Jared reported that he was seen kissing actor Taylor Russell (fun fact: she was in The Unauthorized Saved by the Bell Story) at an NBA game. But, W Magazine reported that the two were simply obliging the kiss cam. Russell and Hedges know each other because they are both going to be in the upcoming musical Waves, according to The Hollywood Reporter, so it seems like they're probably just friends. But, who knows, maybe they're friends who attend award shows together.

Other than that, there's not much out there about who the 22-year-old actor may or may not be dating. And he's certainly not posting about it himself, because he's not on social media. As he explained to Page Six in 2017, "If I did have social media, I would spend way to much time on it. It is way too addictive for me."

He has talked about the idea of dating in interviews, though, if not about specific people. In a 2017 interview with The Huffington Post, he said that he would "give anything" to scroll around a dating app for celebrities that he couldn't remember the name of. (The writer noted it was likely Raya.)

Then, he opened up about his sexuality in a September 2018 interview with Vulture while promoting Boy Erased, which is about a young man who is forced to go to a gay conversation therapy program. "I owe it to this part to speak as honestly as possible," he explained. "In the early stages of my life, some of the people I was most infatuated with were my closest male friends. That was the case through high school, and I think I was always aware that while for the most part I was attracted to women, I existed on a spectrum."

Based on how he's handled red carpets and his celebrity so far, it seems unlikely that Hedges will use the Golden Globes as a way to announce a new relationship. Anyway, the company he's probably most hoping for Sunday night is that award.

More like this
Everything To Know About Taylor Swift’s 10th Studio Album, 'Midnights'
By Grace Wehniainen and Jake Viswanath
Everything To Know About 'RHONJ' Season 13
By Brad Witter and Jake Viswanath
Rachel Zegler Reveals She Had Breast Cancer Scare
By Radhika Menon
The 'Reasonable Doubt' Cast Includes A 'Save The Last Dance' Reunion
By Grace Wehniainen
Get Even More From Bustle — Sign Up For The Newsletter