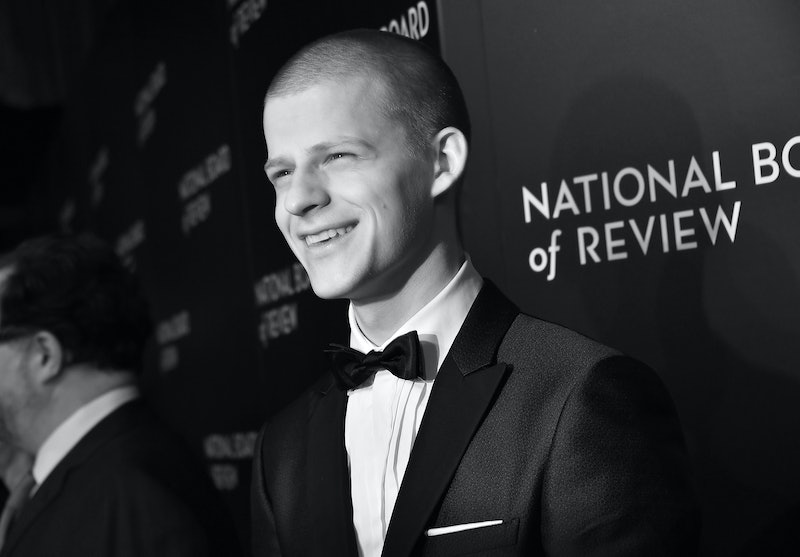 A name you're sure to be hearing quite a bit leading up to the Academy Awards? Lucas Hedges, because the actor is nominated for Best Supporting Actor, of course. But who is Lucas Hedges? For starters, he plays Patrick in Best Picture nominated film, Manchester by the Sea. But just because this is his first Oscar nomination, doesn't mean he's a total newcomer, either.

In fact, if his name seems familiar to you, it's for good reason. Hedges may only be 20-years-old, but he's been appearing in both TV shows and film since 2007. Per his IMDb page, Hedges got his start in Dan in Real Life, staring Steve Carell, a film which his father, Peter Hedges, directed. The then-grade schooler was only cast as "Lilly's dance partner" but we've all got to start somewhere, don't we?

From there, Hedges appeared in films like Moonrise Kingdom, Labor Day, and The Grand Budapest Hotel. And, in 2015, he played Ritchie in the short lived show The Slap. So, you see, while Hedges may be new to us, he's not new to Hollywood. He's been making his way up the ranks for quite a few years now, despite being so young.

There's good reason to think that the actor is a real contender for the Best Supporting Actor award, too. In December, Hedges managed to clinch the Critics' Choice Award for Best Young Actor for his work in Manchester by the Sea.

If you want to know who Hedges is beyond his acting work and his director and writer dad, his Critics' Choice Award acceptance speech gives ample insight. Hedges is an old soul with a fantastic sense of self-deprecating humor and modesty. In his speech, he credited those he worked with for his success and it's clear that his skill, his humbleness, and his ability to work well with others to is what is going to carry him quite far.