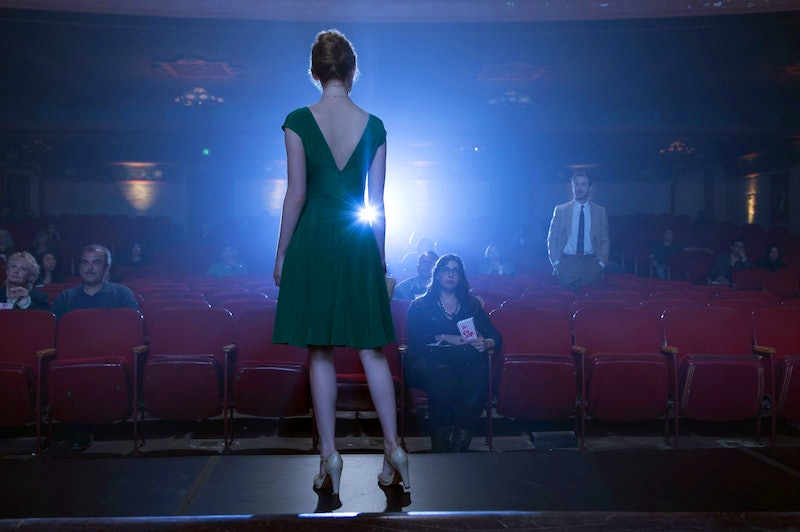 Will La La Land tie the record set by All About Eve and Titanic for most Academy Award nominations? Will this year signal the end of the #OscarsSoWhite hashtag? How many Best Picture nominees will there be? When it airs this Tuesday morning, the 2017 Oscar nominations announcement will answer all of these questions and more. It's a yearly tradition, as the nominees are rattled off early in the morning, and fortunes rise and fall based on whose names are called… and whose aren't. It's the last stop in the road of the relentless awards race before the Academy Awards themselves; so the most devoted among us might be wondering how to stream the 2017 Oscar nominations announcement so you can witness the anxiety-inducing moment live and in person.

According to The Hollywood Reporter, this year's presentation "will be offered via a live stream on the web at Oscar.com, Oscars.org and on the Academy's digital platforms. The announcement also will air on ABC's Good Morning America and be available as a satellite feed to other broadcasters." Per usual, the nominees will be announced bright and early, with the presentation commencing at 8:18 a.m. ET. (Yes, that's 5:18 a.m. for all you West Coasters. The early bird gets the worm!). Then you can tune in to the 89th annual Academy Awards on Sunday, Feb. 26, to find out who won.

Here's how the announcement as worked for as long as pretty much anyone who's alive remembers: just as dawn is breaking in Los Angeles, the president of the Academy of Motion Picture Arts and Science and a special presenter or two read off the list of nominees in front of an eager audience consisting of entertainment journalists — there to report on all the snubs and surprises — and publicists and professional awards campaigners — there to (hopefully) bask in the results of all their hard work throughout the awards season.

But that's not how it's going down this year; for the first time in memory, the Oscar nominations are not being announced live in front of a receptive audience. The current AMPAS president, Cheryl Boone Isaacs, who has also been responsible for making sweeping changes in Academy membership in response to #OscarsSoWhite, saved one of her biggest changes for last. (The upcoming 89th Academy Awards will be the final ceremony under her tenure.)

This year, "the Academy has decided to produce its own in-house announcement presentation," according to The Hollywood Reporter. In that pre-recorded presentation, "Boone Isaacs will be joined by several past Oscar winners and nominees, including Jennifer Hudson (Dreamgirls), Brie Larson (Room), Emmanuel Lubezki (cinematographer of The Revenant), Jason Reitman (director of Up In The Air) and Ken Watanabe (The Last Samurai), who are expected to lend a personal touch, reflecting on their own experiences as nominees as they unveil the latest slate of noms in all 24 categories."

Why the sudden change? THR reports that, "One Academy insider described the move as part of an online push to attract a global audience. But," THR pointed out, "it also will have the added side benefit of saving Academy executives from having to answer any media questions about the nominations." (This would undoubtedly be a concern in the embarrassing event of a third consecutive year of #OscarsSoWhite — an admittedly unlikely possibility, given the presence of films like Fences, Hidden Figures, Lion, Loving, and Moonlight in the race this year.)

But while this new format may indeed have its advantages, it definitely has its drawbacks as well. Without the audience of reporters and publicists, viewers won't get audible reactions to surprise nominees (like the gasps and cheers when Extremely Loud And Incredibly Close got a shock Best Picture nod in 2012); and without the live aspect, viewers won't get spontaneous moments (like when Boone Isaacs mispronounced the name of cinematographer Dick Pope as "Dick Poop," see video below).

But the casual watchers of the announcement aren't the only ones likely to be upset. The very people who used to sit in the audience every year are feeling left out in the cold after this major alteration. "Nomination morning means more to me than the actual Oscars ceremony. I see it as a place to gather with this crazy band of publicists and consultants I call my colleagues," an unnamed publicist told THR in reaction to the change. "I am not sure who thought leaving us out was a good idea. Let me assure you, it is not a good idea."

Still others are wondering why, given the switch away from a live format, the Academy didn't just return to the way the nominations were announced in the '50s, and just went all-in with a primetime broadcast special. "The Oscar nominations announcement has been a missed revenue opportunity for quite some time," Variety wrote earlier this month. "What is keeping it from being a primetime special like the Grammys or professional sports drafts, heavily promoted, hosted, and with advertising (non-endemic, probably) sold against it?"

Thankfully, even given all of these unprecedented changes, you can still watch the announcement as the nominees are unveiled. So just because the press is no longer invited doesn't mean you can't tune in from the comfort of your couch.