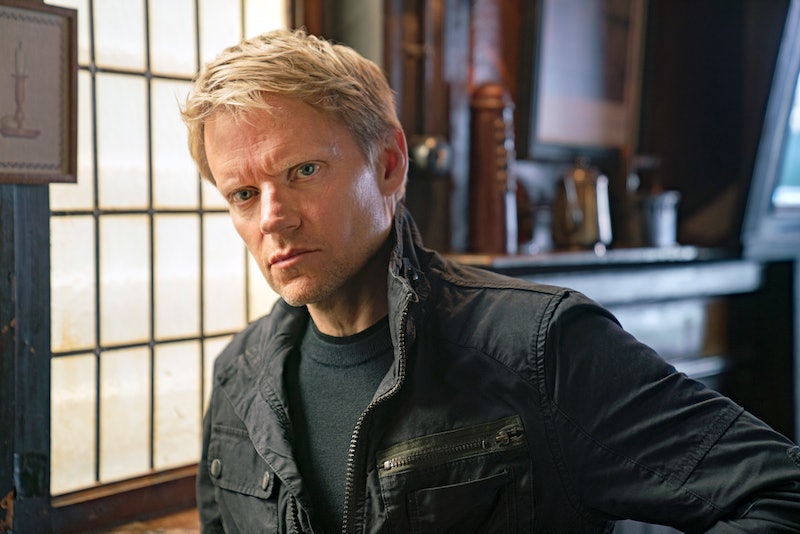 After almost 30 years, the character of detective Simon Van der Valk has made his way back onto the small-screen, and is the focus of ITV's newly-revived crime drama. The series again takes place within the city of Amsterdam, and follows a streetwise investigator as he delves into criminal cases with the assistance of his highly-capable sidekick. But who is Marc Warren, the actor playing Van Der Valk?

As the BBC reports, Marc Warren is a British actor with a varied range of film, television, and theatre credits to his name. The actor spent his early years living in Kingsthorpe, Northampton, and later became a member of the National Youth Theatre. Warren is perhaps best known for his portrayal of Danny Blue in the BBC's Hustle, and for his appearances in period drama The Musketeers, Sky's psychological thriller Mad Dogs, Netflix's Safe, and more.

As reported by the Guardian, Warren's talents were formally recognised back in 2000, when he won the Royal Television Society award for best actor.

As the Radio Times reports, the actor's latest gig arrives in the form of ITV's Van der Valk, during which Warren takes on the leading role of a cynical, but intuitive Dutch detective.

"Street smart, instinctive and unapologetic" are just some of the words used to describe the complex Simon Van der Valk, who was first introduced to audiences back in 1972, when the original drama kicked-off its sporadic five-series run.

"He can be a loner, and at times he might seem a little taciturn or moody but he has some stuff going on that we find out about as the show goes on," Warren explained, before teasing "there’s definitely a sadness there and by the end of the series we find out why."

The leading man is joined in the show's cast by White House Farm's Maimie McCoy, who appears as the detective's trusted confidante Lucienne Hassell.

This fresh addition to ITV's Sunday night lineup follows the thrilling investigations of detective Van der Valk, as he explores a series of high-profile criminal cases across the Dutch capital.