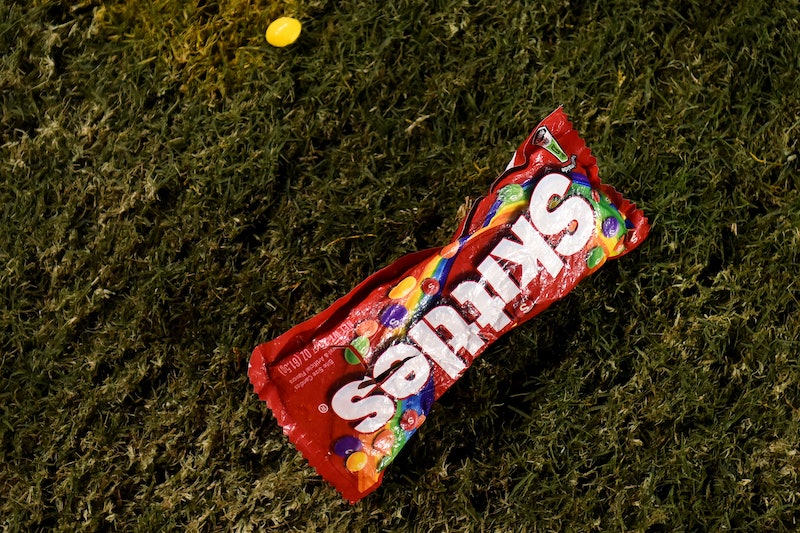 The Super Bowl represents the biggest advertising opportunity of the year, as over 100 million Americans are expected to tune in to the big game on Sunday, Feb. 4. Dozens of companies will spend millions of dollars in an effort to get their messages directly to those people, with NBC commanding huge prices due to the size of the game's audience. But one company is taking a very different route, as candy maker Skittles is producing a Super Bowl ad for a single person to view: Marcos Menendez. But who is Marcos Menendez from the Skittles Super Bowl commercial?

Menendez is apparently a 17-year-old high school student from Canoga Park, CA. Skittles claims they discovered Menendez through a search for the ultimate Skittles fan, with Matt Montei, marketing VP for fruit confections of Skittles' parent company, Mars Wrigley Confectionery, telling Ad Age that Menendez is indeed a real Skittles fan. The company, with ad agency DDB, has produced a multimillion dollar Super Bowl commercial starring David Schwimmer, but they will only screen it for Menendez. There will be a Facebook livestream set up for when the commercial airs, but the camera will be trained on Menendez's face, meaning viewers will only be able to see his reaction to the commercial and not the ad itself. This will be followed by a documentary about the making of the ad and the unorthodox airing of it, which will be released either after the game on Sunday or the following day, according to Ad Age.

Skittles has also released four short teaser videos starring Schwimmer, leading viewers to guess whether the outrageous scenes in the clips — such as Schwimmer shooting beams of light from his face, angrily conversing with a sandwich, being puppeted by a puppet, and floating in a Tron-like landscape — will be featured in the actual ad that Menendez, and only Menendez, will see. For now, Skittles is claiming that they will never publicly release the ad. "At this point we absolutely have no plans to show this ad beyond [to] Marcos during the Super Bowl," Montei told Kristina Monllos of Ad Week.

As for Menendez himself, very little is known about him. He has a Twitter account, @magikmarcos, that was formed in January of this year, with his first ever Tweet taking place on Jan. 16. That's the same day that Skittles released a video announcing that Menendez would be the sole viewer of their Super Bowl ad, and the video also implores viewers to find Menendez online at the previously mentioned Twitter account. This makes it seem like Menendez's account is not really a personal account, but one created by Skittles (indeed, all of his Tweets so far have to do with the ad, with the exception of one generic school-related one where he complains about having a lot of quizzes).

Then there's the subject of Menendez's Twitter profile picture, the only known photo of him that's been revealed so far. It's a little too perfect. While there's a chance that it's an actual school photo, Menendez's style and expression in the picture fit seamlessly with the offbeat brand of humor Skittles has displayed in their advertising over the past few years, leading me to believe the photo is the work of their creative partners at DBB.

There are also questions about how Menendez came to be chosen for the role. Although Skittles claims it conducted a search for real Skittles fans and chose Menendez, there's no evidence of any highly-publicized search that took place, leaving it unclear just how Menendez was chosen. Canoga Park is located in Los Angeles, and it's possible that Skittles held more orthodox acting auditions for the role instead of a fan contest. Curiously, there is a Marcos Menendez listed on IMDb whose lone credit is a 2011 LA-based short film called Nerd Wars! where he played a school kid, and while the ages seem to roughly match up, it's impossible to confirm that this is the same Menendez.

Skittles claims Menendez is just an ordinary teen who's a big fan of Skittles, and while he may be a real person, it also seems likely that he's an aspiring actor whose public persona has been crafted by the creative minds at Skittles and DDB.

More like this
Alicia Silverstone Revives Her 'Clueless' Character In This Super Bowl Commercial
By Jake Viswanath
The 2023 Super Bowl Commercials Feature A 'Breaking Bad' Reunion & Missy Elliott
By Alyssa Lapid
What Is Mary J. Blige’s Net Worth? The 9-Time Grammy Winner Is Doing “Just Fine”
By Hugh McIntyre
All The Ways You Can Watch The Super Bowl In The UK
By Asyia Iftikhar and Darshita Goyal
Get Even More From Bustle — Sign Up For The Newsletter
From hair trends to relationship advice, our daily newsletter has everything you need to sound like a person who’s on TikTok, even if you aren’t.