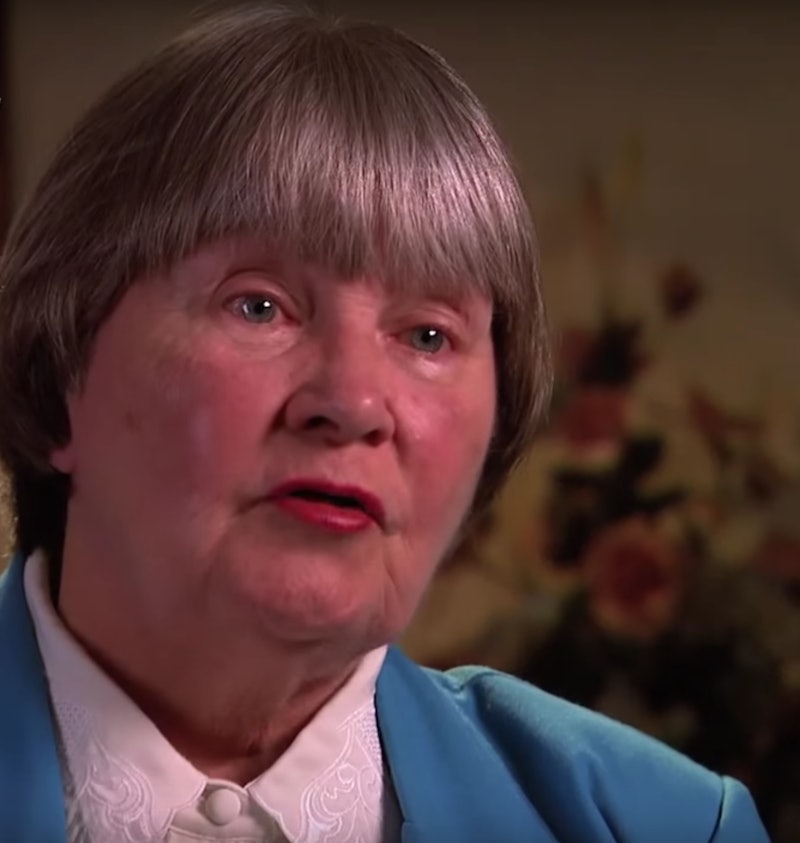 The gunman who murdered 17 students and adults at a high school in Parkland, Florida, last week used an AR-15 rifle that he had purchased legally. The state has some of the looser gun control laws in the country — and one woman has been particularly influential in making that a reality. That woman is Marion Hammer, a National Rifle Association lobbyist who was the organization's first female president in the '90s, and was profiled by The New Yorker Friday.

Hammer has been lobbying for the NRA in Florida since the late 1970s. Since then, she's helped to classify state politicians as either "enemies" or supporters of the association; pushed higher-ups to appoint only NRA supporters to judgeships and other positions; mobilized activists to campaign for extremely pro-gun candidates; and pressured more moderate pro-gun politicians to pass radical bills, according to The New Yorker's Mike Spies.

She's even literally written parts of laws for legislators (which isn't illegal, but certainly inhibits the transparency that's supposed to be part of the legislative process).

"Marion could do anything she wanted, and whatever she wanted she got," a former colleague of Hammer's told The New Yorker. "She would more or less single-handedly make legislation and push it."

Some of Hammer's biggest achievements in her decades of lobbying are notorious Florida gun laws that set the blueprint for similar legislation in other states, like the 2005 "Stand Your Ground" law that gave people the right to use deadly force against someone if they're afraid for their safety and the 1987 concealed carry law that allowed gun-owners to conceal their weapons in public.

Hammer "is regarded by critics and admirers alike as a virtually unstoppable force," said journalist Dan Rather in a 2009 report.

She also has considerable power over the state's current governor, Republican Rick Scott, who is proving obstinate on the issue of gun control this week, despite initially saying that "everything’s on the table" just after the Parkland attack. Scott has an A+ rating from the NRA and has worked closely with Hammer for years. In 2011, she successfully pressured him to pass a law that fines local governments for enforcing stricter gun control measures than those that exist at the state level.

Hammer doesn't just work to pass laws that are favorable to the NRA. She also works to silence oppositional voices.

The New Yorker explains how she helped corrupt the debate process for a 2014 bill that would have allowed people to carry hidden handguns during an emergency evacuation, even without a permit. At a Senate committee hearing for the bill, Captain Terrence Gorman, a veteran and member of the state's Department of Military Affairs, expressed his concern that people without permits wouldn't know when they were allowed to use their guns according to Florida self-defense laws. He feared that they might act with illegal rashness.

According to The New Yorker investigation, Hammer got officials to reprimand Gorman's superiors for letting him testify. She even tried to get him fired. Governor Scott later passed the bill.

"This is how important the N.R.A. is in an election year for statewide office," a former staffer of Scott's told The New Yorker (the governor was up for reelection in 2014; he won the race by a slim margin). "The administration got prostituted to keep Marion Hammer happy."

Parkland students gathered in Tallahassee earlier this week to meet with legislators and advocate for gun control measures. In a speech after the meeting, sophomore Tanzil Philip called Marion Hammer directly out by name.

"To Marion Hammer," he said, "and to everyone at the NRA and everyone affiliated at the NRA: We are not afraid of you, we will not be silenced by anything you have to say. We are here, our voices are loud, and we’re not stopping until change happens."