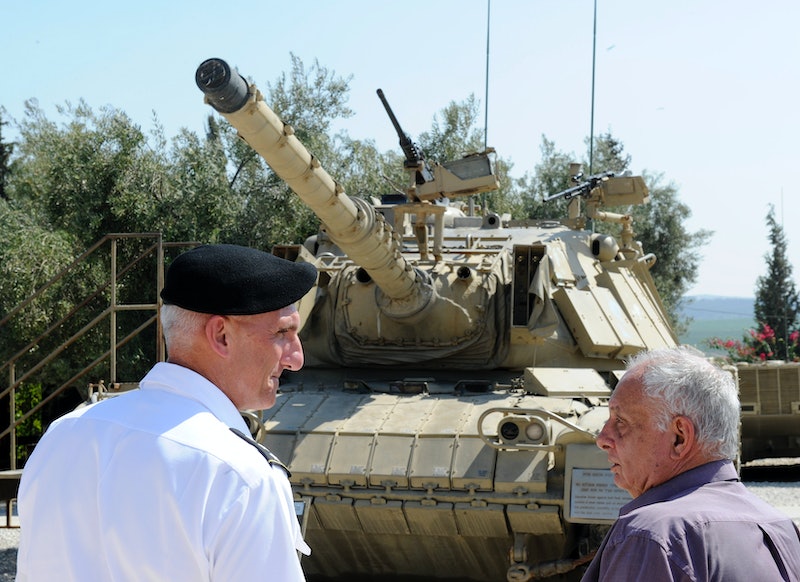 Ivanka Trump was up against a military general this weekend when he took her to town over how the government works, even when the goal is promoting "healthy lifestyles" among children. The man who tweeted a scathing response to the president's daughter served 37 years in the military, but he only recently started lobbing jabs online. Lt. Gen. Mark Hertling, the former commanding general of U.S. Army Europe and the Seventh Army, retired in December 2012.

Hertling is currently in the news because of his response to the first daughter, who had originally tweeted about the "need to promote healthy lifestyles for America’s youth." Trump noted in her tweet that "in a recent survey, 9.5 million U.S. children reported that they did NOT once participate in any of over 100 sports or activities listed."

Hertling didn't play around with his response. He wrote, "Ummm...there’s this thing called the President’s Council on Fitness, Sport, and Nutrition. Been around 60 years. Used to have 25 appointees...I was one of them." He went on to highlight former First Lady Michelle Obama's work on the matter and also mentioned that no one is on the council now. It's President Donald Trump's job to appoint them.

Hertling also took a jab at the secretary of Health and Human Services appointment that the president made, as it proved problematic. Trump's first pick, Tom Price, was brought down by a travel scandal. He was only replaced in January by Alex M. Azar II.

This is not the first time that Hertling has spoken out on social media or in the news. Hertling is a CNN contributor as a national security analyst who has spoken on U.S. military operations around the world and even on military rifles, and what differentiates them from their civilian counterparts like the AR-15.

In just the last 24 hours, he has been on the network speaking about the proper response to the use of chemical weapons in Syria. "I think the military has given the president various options across the board," Hertling told Anderson Cooper on Monday night. "I think truthfully the president will lean toward a significant one, because he has already issued the warning."

Given his expertise in ways of war, Hertling's tenure on Obama's Council on Fitness, Sport, and Nutrition may come as a surprise. However, he was appointed in September 2013 after he retired and took an interest in health care policy.

After leaving the Army in 2012, Hertling began a role at Florida Hospital working on strategy and leadership development. He left the job this past December, but remains an expert on the issue, writing a book entitled, Growing Physician Leaders: Empowering Doctors to Improve Our Healthcare. The book combines his knowledge from the military leadership and transfers it to the setting of a hospital, suggesting ways to grow leaders in the health care field.

In addition to this, Hertling is a senior adviser to Mission Readiness, a nonprofit, bipartisan organization of some 700 retired military leaders that prepares the country's "youth to be citizen-ready and able to serve their nation in any way they choose."

As would seem apparent from his tweets to Ivanka Trump, Hertling is an active — though relatively new — user of social media. His Twitter account has lots of posts targeting the president and the first family. Hertling wrote about Eric Trump in January after Eric praised government shutdowns, for example.

"I’m old enough to remember when Sec Clinton said the best thing about Trump was his children," Hertling tweeted. "She was wrong."

Hertling's spat with Ivanka has him in the news. And with a track record of tweets like that, it's likely he'll be back.