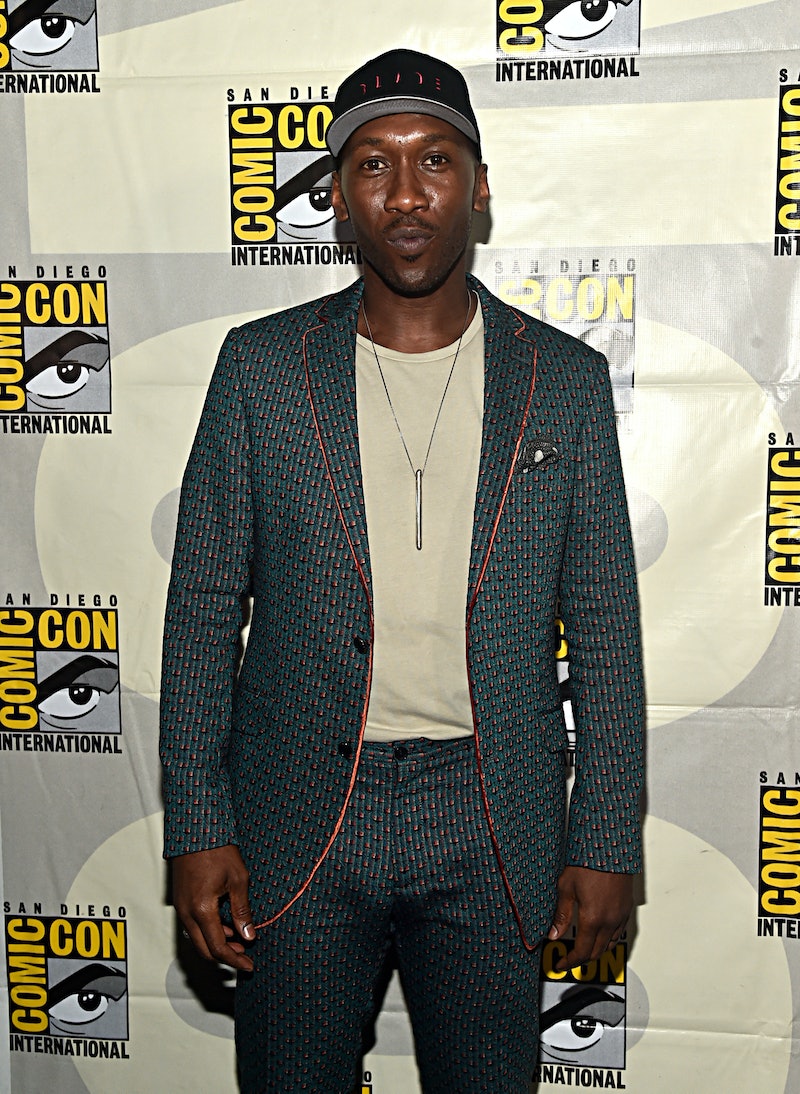 Marvel's San Diego Comic-Con panel was full of surprises, but it was the last reveal from Marvel Studio President Kevin Feige that was one of the biggest. Near the end of the panel, Moonlight star Mahershala Ali came on stage to announce he's going to star in a Blade reboot. But who Is Marvel's Blade, and what does the character's addition mean for the Avengers and the MCU? Well, without even talking about the MCU as a whole, Blade is just really cool, so here's a rundown of the classic Marvel character's story.

The original Blade movie starring Wesley Snipes came out in 1998, and was based on the character of the same name from the Marvel comics. Blade's real name is Eric Brooks, and he's a hybrid human-vampire who also hunts bloodsuckers. He has different powers than most vampires do, but he also doesn't have their weaknesses (he can deal with sunlight). However, he does have their thirst for blood.

*Freeze frame* Let's take a moment, real quick, to just revel in the fact that this now means vampires exist, and always have existed, in the Marvel Cinematic Universe. What a time to be alive. *unfreeze*

Okay, so the reason Blade is half vampire is because his mother was bitten by one while pregnant with him, and she gave birth as she was dying. Abraham Whistler, a vampire hunter, took Blade under his wing and trained him to be a hunter and to control his vampire side. The vamps fear Blade, and they know him as the Daywalker. His mission in life as a vampire hunter is, as you've probably guessed, to rid the world of vampires, which has gotten him involved with the Avengers in the comics.

Feige has actually wanted Ali to step into this role for quite some time. Per i09, he said it was a joint decision between the two of them. "It came about from the passion that we had for Blade, and had for years," Feige said after the announcement. "Mahershala, coming off his second Academy Award this year, said he wants to come and meet. And I was like, 'I hope he talks about what I think he’s going to talk about.' And he brought up Blade, and we were like, 'We’re in. We’re doing it.'"

Feige also said that Marvel has wanted to include Blade since they gained the rights in 2013, as reported by Buzzfeed. "The man won a second Academy Award and first thing he did was come to meet with us which is always very flattering and very nice," Feige said. "We pitched this idea of Hall H and he was in." A lot of fans also want to see Snipes make a cameo in this new MCU take on the character. Hopefully that does happen, since Snipes had reportedly been in talks about reviving Blade over the last few years, per Deadline.

With all this excitement, fans of Blade and Ali are ecstatic. His character means so much and will add even more to the MCU (again, did we mention vampires), Phase 4 is going to be stacked with so many great storylines. If you heard how the panel hall erupted, you just know Blade is going to knock the box office, and the fandom, on their butts.