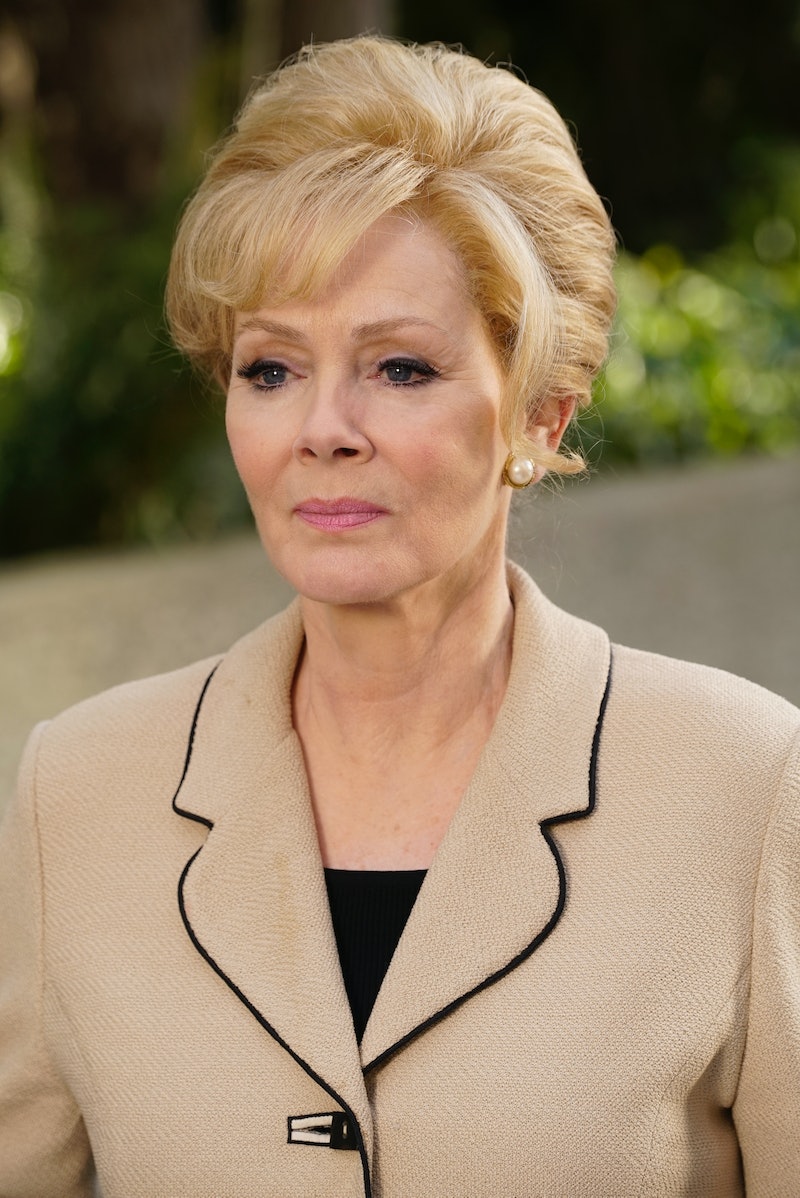 Legion is technically a Marvel show about an X-Men character, but David Haller is basically the only recognizable character from the Marvel universe in the series. Who is Melanie Bird on Legion? The doctor, played by Jean Smart, takes David in at the end of the pilot episode, but she's not someone you could read up on with a trip to the comic book store.

FX's official description of the series reads that Bird is "a nurturing but demanding therapist with a sharp mind and unconventional methods" who works with a team of "specialists" to "open David’s eyes to an extraordinary new world of possibilities." Those specialists, particularly in the final confrontation in the pilot, operate a lot like the X-Men. Could Bird be in cahoots either with the psychiatric hospital or the mysterious scientists who abducted Haller? Is she secretly David's mother? It might be the nature of the series, but one episode in and I'm already paranoid. There's definitely a conspiracy or five at play.

In an interview with Variety, creator Noah Hawley said that “With the X-Men comics, there are a lot of alt universes, so that has allowed me some leeway. Obviously it’s a sort of origin story for David, but none of the other characters that I’ve surrounded him with are from the comics. It’s sort of an invented world.”

In the same interview, Marvel Television chief Jeff Loeb brought up the fact that when Iron Man first came out, people were skeptical of a comic book movie about such a seemingly minor character — and that ended up launching the MCU and The Avengers. "There are only characters that have yet to be explored," Loeb said. David Haller is one of them, and his world is able to be populated by original characters like Bird as well.

Bird could be the series' stand-in for Professor X, Dr. Moira MacTaggert, or even Magneto depending on her philosophy. There are a lot of characters in the X-Men comics that lead a following of "gifted youngsters," so to speak. Melanie Bird may not be in the comics, but she's fitting in well to the Marvel universe.