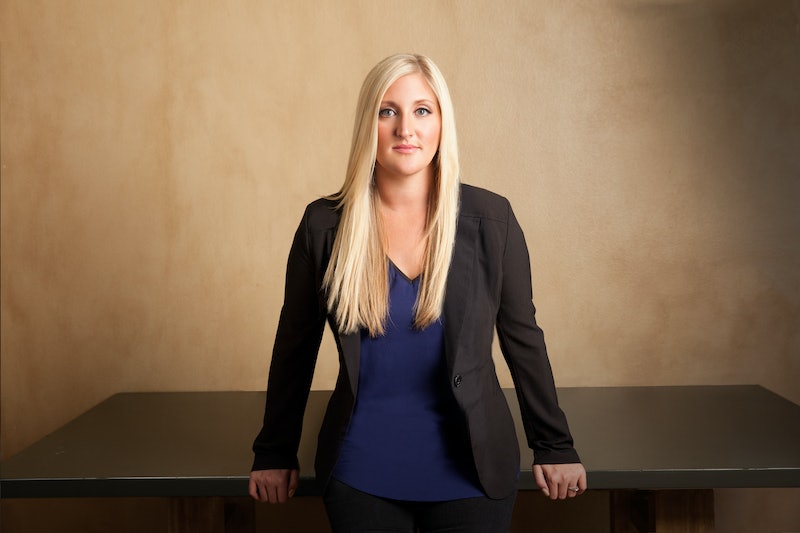 The LMN series Monster in My Family helps relatives and spouses of killers share their stories — a perspective rarely heard, even with all of the recent true crime trends in film, TV, and even podcasts. Monster in My Family host Melissa Moore is uniquely suited to the position, because she knows exactly what it's like to be in the position of her show's subjects. That's because, as BBC News reported, Moore's father is Keith Jesperson, also known as the "Happy Face Killer," a serial killer who was active around the US in the 1990s. According to BBC News, he's a confirmed killer of eight women, but claimed to have killed over 150 people in his time. Because Jesperson's victims were located around the nation (he was a long-haul truck driver), he was initially never suspected. But after years, he began leaving clues, smiling faces drawn at the scenes of his crimes and later on letters to law enforcement confessing to his crimes.

In that same interview with BBC News from 2014, Moore described exactly what it was like growing up with her father sporadically in her life. It's chilling to hear what she has to say about his behavior when she was young, from his unreliable presence to unsettling anecdotes about seeing evidence to his crimes interspersed with normal parenting quirks like telling great bedtime stories or taking Moore and her brother on trips. Here's one quote from Moore describing her internal conflict over a time when she believed her father may have been trying to confess to her.

"If he had told me, what would have happened next? If he had told me about his seven murders — it was very soon to be eight — would I have gone to the police? Having revealed his secrets, would he have given me the chance? Could my father have killed me? That has been a huge question mark in my life."

After finding out about her father's crimes, Moore grew up with an intense awareness of her experience, and has spent much of her adult life telling her story. When she recounted her experience to NPR in 2015, Melissa explained that she has cut her father out of her life. But, even so, she understands how complicated it can be to have positive memories about a person who is, objectively, monstrous. "Even though my dad's a serial killer," she explained, "I believe that my dad was and has a good person within himself when he was younger ... I believe that people are inherently good. The only evil thing about us is our own selfishness."

Now, Moore continues her work to destigmatize being the family member of a serial killer with Season 2 of Monster in My Family, premiering on LMN Jan. 3 at 10 p.m. ET.

Moore will not just be prepared for her role because she's now an experienced TV host, but because she has firsthand experience of almost everything that the Monster in My Family subjects have experienced — making her contribution to the series as interesting as it is invaluable.