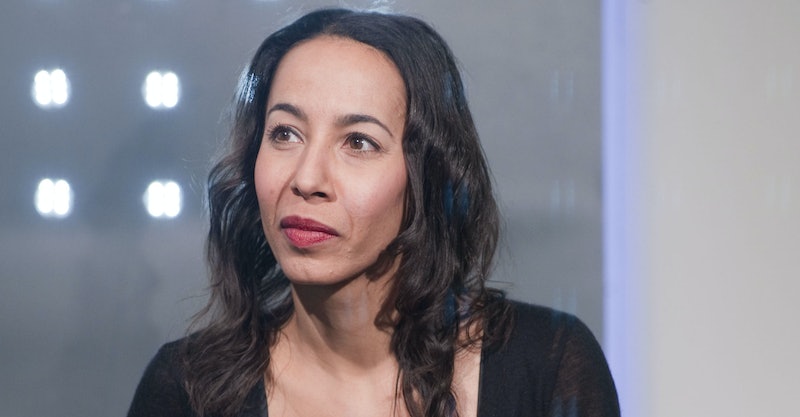 The BBC's newest TV competition show Interior Design Masters sees some of the UK's most promising designers battle it out for a potentially life-changing contract. The series is fronted by host Fearne Cotton, and head judge Michelle Ogundehin is on-hand to put the contestants through their paces with her years of professional design experience. But who is Michelle Ogundehin? Here's all you need to know about the Interior Design Masters judge.

According to her official website, Michelle Ogundehin is a world-renowned designer, with particular expertise in interiors, trends and style. As reported by The Sun, the Interior Design Masters star was born in Manchester and grew up in the city of London, where she eventually trained as an architect in the Bartlett School of Architecture at University College London.

In addition to her work in design, Ogundehin is also known as a highly-respected editor, writer, and TV presenter — and is perhaps most notable for her position as the Editor-in-Chief of ELLE Decoration UK, a title she held for over 13 years. Back in 2017, Ogundehin also appeared in the Channel 4 series Grand Designs: House of the Year, reports The Sun, in which she co-hosted alongside British designer, Kevin McCloud.

As mentioned previously, the highly-celebrated designer is currently appearing as the lead judge in BBC Two's Interior Design Masters. According to the BBC, the eight-part competition series sees the UK's finest up-and-coming designers enter the brutal world of commercial interior design as they compete to win a life-changing contract for a top London hotel. The series is hosted by Fearne Cotton, and each episode Ogundehin is joined by a different guest judge, including the likes of Mary Portas, Laurence Llewelyn-Bowen, Jade Jagger, and many more — all of whom are on hand to assist with their own valuable expertise.

A short synopsis of the BBC series reads, "Each week the designers will be set a new commercial interior design challenge, ranging from shops to show homes and restaurants to hair salons. On each task, they will be tested on a whole range of skills as they attempt to work their magic and show off their design prowess to the judges."

Prior to the show's debut, host Cotton spoke to Digital Spy about her position in the design-competition series, and described her unofficial role as the "middleman" between contestants and judges as being "terrifying." Speaking of the elimination filming process, Cotton revealed, "I was the middleman. I'm the person relaying all of that information, so they know who's succeeded and who hasn't. It was terrifying. I would sit there, and my heart would be racing."

When discussing her Interior Design Masters co-star, Cotton went on to reveal that head judge Ogundehin would tell contestants "what they needed to hear with absolute confidence and conviction," and later touched upon the differences in their approach to the show's participants. During the interview with Digital Spy, she added, "Michelle was an editor for 20-odd years. She can tell people what's what, easily, and it doesn't faze her. Whereas for me, I'm like, 'It's excruciating!'"