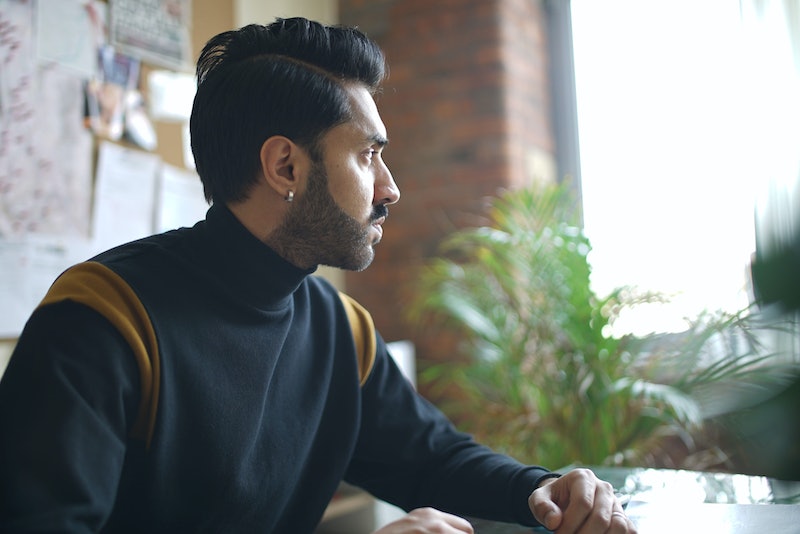 Hometown is the new docu-series by Mobeen Azhar. In it, the filmmaker returns to his hometown of Huddersfield to investigate the death of 28-year-old Mohammed Yassar Yaqub. But what begins as as a story of one death and the outrage around it soon turns into a large-scale exploration of violent crime and drugs in Huddersfield. But who is Mobeen Azhar, the man behind the documentary?

Azhar is proving himself to be an unstoppable force in the journalism world. Growing up in Huddersfield, where his most recent documentary series is based, he then moved to London. Talking to BBC Asian Network about his childhood, he said: "I watched my mum and dad talk to people and get the best from them, even when they were barely speaking the same language! First and foremost, I'm interested in people, their lives and their stories."

Speaking to BBC Three about his journey into journalism after completing a law degree, Mobeen explained:

"I went back to university to study broadcast journalism. I wanted to document peoples’ lives and tell untold stories. At last, I'd found my purpose. Flash forward to 2016 and I've reported for Panorama on a Taliban hunting police force in Karachi: I spent a month embedded with a specialist task force. We went on a night raid and actually got shot at by the Taliban."

And his talents haven't gone unnoticed. According to this website, Azhar has won a BAFTA, a Royal Television Society award, and a Grierson Trust award for his series Muslims Like Us, which aired on the BBC Two back in 2016. The documentary features ten different Muslims in the UK living in a house together as they explore their similarities and difference. The show was an insight into what it is like being a Muslim in the UK, showing the length and breadth of beliefs and experiences in this community. Mobeen also won an Amnesty International award for Panorama: The Secret Drone War.

Azhar's content, which can be found on television, online, and radio explores a wide range of topics, including religion, sexuality, addiction, and music — specifically, Prince. That's right, Azhar is a Prince superfan. According to BBC Asian Network, Azhar has attended 53 of Prince's concerts and even got on stage with the Purple Rain singer. He also wrote a book about Prince and made a documentary about him called Hunting for Prince's Vault.

Some of his other projects include a show called Satanic Verses: 30 Years On for the BBC, which looks at the history and controversy surrounding Salman Rushdie's famous novel, and what the Muslim community think of it today. On top of filmmaking, he has work in Attitude, the Guardian, and the Independent.

And Azhar doesn't shy away from topics that might get uncomfortable or even receive backlash if it means documenting these important stories. Speaking to Vice about Hometown and whether he believed the documentary might annoy people, he said: "If you're pissing people off because you're asking a question that makes them uncomfortable then that's an important part of the job."

Azhar is bringing a much-needed voice to the world of British journalism and filmmaking. He isn't afraid to bring dynamic, hard-hitting, and underrepresented stories to light.

More like this
Chloe Pirrie Is Ready To Take The Next Step
By Sam Ramsden
The Love Island 2022 Reunion Drama, Explained
By Sophie McEvoy
Gemma Collins' Net Worth Is Only Going Up
By Catharina Cheung
Tacos Are Chef Kay Kay’s True Love Language
By Maxine Harrison
Get The Very Best Of Bustle/UK