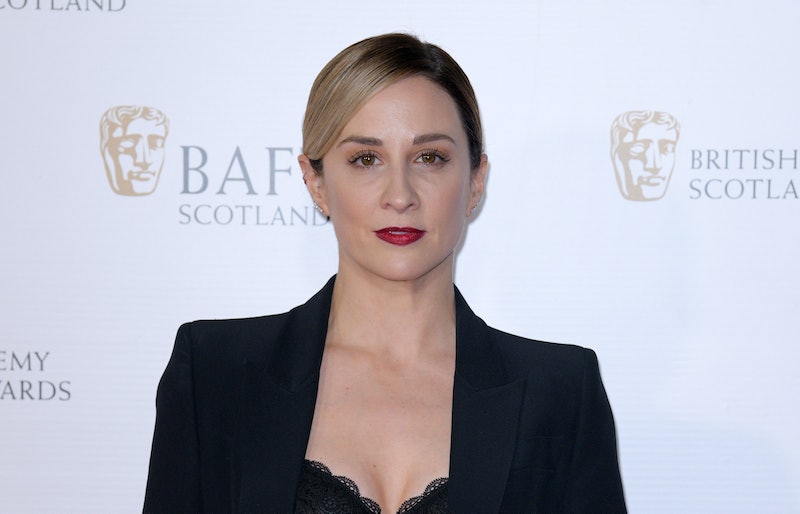 Debuting in 2016, BBC family drama The A Word is returning to screens for its third series on Tuesday, May 5. Based on the Israeli series Yellow Peppers, the show follows a family as they navigate their youngest son’s recent autism diagnosis. The series features very familiar faces, such as Christopher Eccleston and Morven Christie, who you may recognise from ITV’s The Bay.

Airing at 9 p.m. on BBC One, The A Word will see Christie playing Alison, the mother of Max (played by Max Vento) who is now dealing with the separation of his parents. Ahead of the show’s third series, it feels only right to get to know its main actress a little better.

According to an interview with the Scottish Herald from June 2015, Christie grew up in Glasgow and Aviemore before she moving to the UK capital to study acting at Drama Centre London. From there, Christie took to the stage almost immediately, starring in various productions for the Royal Shakespeare Company including Romeo & Juliet, Mucho Ado About Nothing, and The Winter's Tale, according to theatre site The Stage.

It wasn't long before Christie found herself on TV screens, as she made her debut in Doctors for a one-off episode in 2004, according to her IMDB page. While she appeared in several other shows and TV movies, including Oliver Twist and Lost in Austen, her 'big break' came when she was cast as Amanda Hopkins in ITV's clergy-based crime drama Grantchester in 2014. Most recently, she starred in another ITV crime drama The Bay, where she played Detective Sergeant Lisa Armstrong.

"I play women that a lot of people think of as absolute b*****s," she relayed to the Telegraph in October 2017. "But that’s not who they are to me — they are proper reflections of real women. I’ve never wanted to play the pretty girlfriend prop role because that’s just completely patronising in my mind," she added.

As Christie told ITV, she felt her character on The Bay was "such a refreshingly real character — brilliant and flawed, trying to make everything work, and often failing. I adore her."

Lucky for us, we can glean quite a lot about Christie from her Instagram, which features some sublime selfies amd adorable kittens. Christie's Insta also has a lot of music-related content — but that's understandable, considering she is currently romantically tied to the Scottish pop band Chvrches' multi-instrumentalist member Iain Cook.

So, if The A Word andThe Bay somehow hasn't managed to entice you yet, maybe the sheer fact that someone so cool is playing its lead role might reel you in. Christie's acting career is set for stratospheric heights.

More like this
This 'Emily In Paris' x Blackpink Crossover Is Beyond Iconic
By El Hunt
Helena Bonham Carter Doesn't Think 'The Crown' “Should Carry On"
By Sam Ramsden
Emily Atack’s Net Worth Would Make Charlotte Hinchcliffe Proud
By El Hunt
'Abbott Elementary' Fans Probably Missed This 'Parent Trap' Easter Egg
By Sam Ramsden
Get The Very Best Of Bustle/UK
Sign up for Bustle UK's twice-weekly newsletter, featuring the latest must-watch TV, moving personal stories, and expert advice on the hottest viral buys.

This article was originally published on March 19, 2019