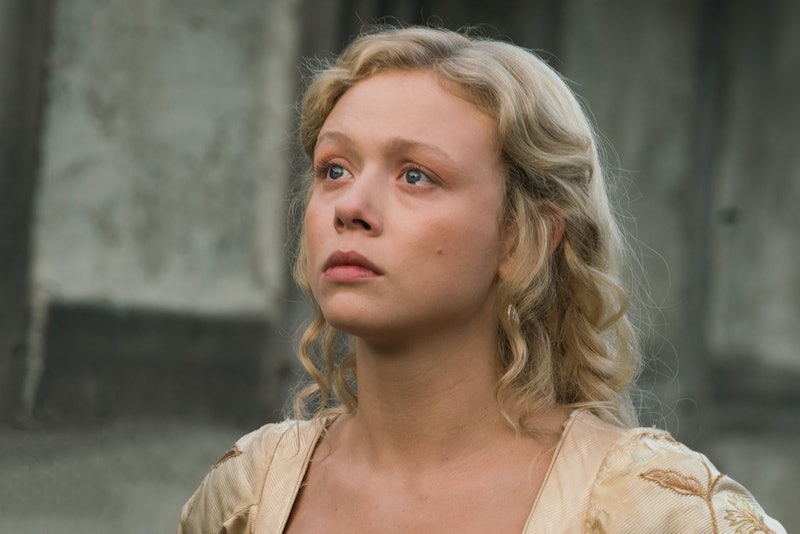 The third and final series of the Sky drama Jamestown began airing in April, and once again follows the story of three daring women who after leaving behind their lives in 17th-century England, set out on a journey across the Atlantic to start a new life in America. The series stars the likes of Naomi Battrick, Sophie Rundle, and Niamh Walsh. But who is Naomi Battrick? Here's all you need to know about the Jamestown actor.

Battrick is a British actor, and one of her earliest television roles was in the 2009 CBBC show My Almost Famous Family, in which she played the 15-year-old band member Toyah Swann. According to Digital Spy, the actor has also previously starred in the BBC drama Waterloo Road as new girl Gabriella Wark back in 2014. More recently, the actor appeared in the Netflix original The Titan, and the Amazon Prime series, A Very English Scandal, reports the Express. In the Sky series Jamestown, Battrick plays the role of Jocelyn — a widowed plantation owner who, after becoming a victim of arson in series two, is on the lookout for revenge.

As previously reported by Bustle, Jamestown depicts the events which led to the first English settlement in America during the 17th century. The series focuses on the story of three women who are sent to Jamestown to marry the men who colonised the settlement 12 years before their arrival.

As well as the returning cast, the third season of Jamestown will see the introduction of actor Ben Batt as English trader Willmus Crabtree. Speaking to Metro about the character, Batt said: "He’s a well-travelled trader working on behalf of an English company and, because of the way he looks, people underestimate him but his directness knocks people off balance. We don’t know whether to trust him or what his agenda is. But we find out…"

According to the Express, Cameron Roach, the director of drama for Sky, has previously expressed his own excitement surrounding the third and final series of Jamestown. He said:

"The third series marks the final chapter of an incredible story, which offers huge emotion as well as thrilling adventure, and we can’t wait for it to be shared with our audience. We would like to say a huge thank you to Bill Gallagher for such a compelling story, inspired by a remarkable piece of history, and to the team at Carnival, and the exceptional cast that have brought it to life."

Well, fans of Jamestown are just as excited about the show's final run, and you can catch new episodes weekly on Sky One and NOW TV at 9 p.m. every Friday. If you're hoping to catch up with the drama, you can watch or download series one and two of Jamestown via Sky's on-demand service.