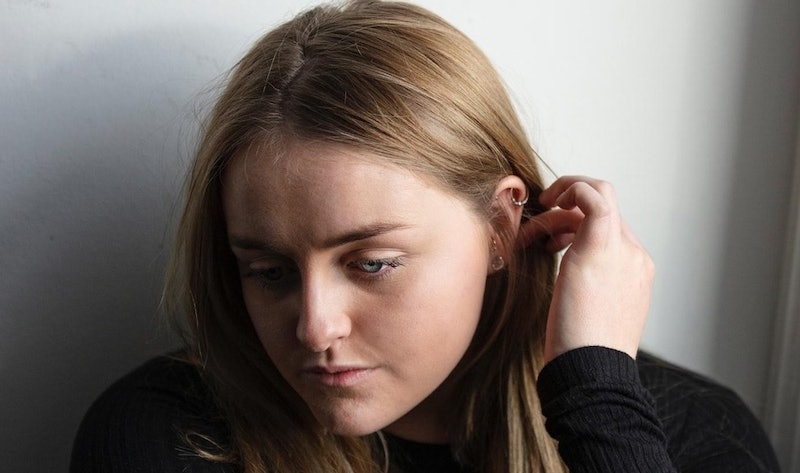 BBC's Normal People centres around the complex love story of two Irish teens, and stars actor Paul Mescal in a leading role alongside Daisy Edgar-Jones. The actor has amounted quite a fanbase since appearing in the BBC adaptation. However, it appears Paul isn't the only creative talent to emerge from the Mescal clan, and the actor's sibling is already making waves in the world of music. But who is Nell Mescal, Paul's younger sister?

As stated on her social media, Nell Mescal is an Irish singer-songwriter. The 17 year-old currently resides in Maynooth, County Kildare, and recently dropped new singles "Deja Vu" and "Crash" — both of which can be enjoyed on Spotify, Apple Music, and beyond.

You can also find Nell's music on her official Youtube channel, which features covers of Billie Eilish's "I Love You," and more.

Older brother Paul has also been known to flex his vocal abilities, and previously shared his own beautiful rendition of Lady Gaga's "Always Remember Us This Way" on Instagram.

So, it appears the Normal People star is a man of many talents, and his first major on-screen gig sees him take on the role of Connell Waldron — a young Irishman who begins a romantic affair with a classmate from the opposite end of the social divide.

As the Radio Times reports, the character of Connell is a popular, but quiet Irish teen, who forms a relationship with the intimidating Marianne, played by Daisy Edgar-Jones.

Although the first series has only just arrived, the show's two lead stars already appear keen to reprise their roles in the BBC drama.

"I put my hand up and say I’d play Connell until the cows come home," Mescal explained to the Radio Times, which promoted co-star Edgar-Jones to add "same!"

The first season of Normal People currently airs on Mondays at 9 p.m. on BBC One, or alternatively, you can enjoy the 12-episode series in its entirety on BBC iPlayer.

More like this
Theo James Would “Love” To Star In George Michael Biopic
By Sam Ramsden
Siva Kaneswaran's Net Worth Shows The Value In Chasing The Sun
By Bustle UK
Twitter Is Saying The Same Thing About The All-Male BRIT Nominees
By Sam Ramsden
Yes, 'The Price Of Glee' Is Available To Watch In The UK
By Catharina Cheung
Get The Very Best Of Bustle/UK
Sign up for Bustle UK's twice-weekly newsletter, featuring the latest must-watch TV, moving personal stories, and expert advice on the hottest viral buys.