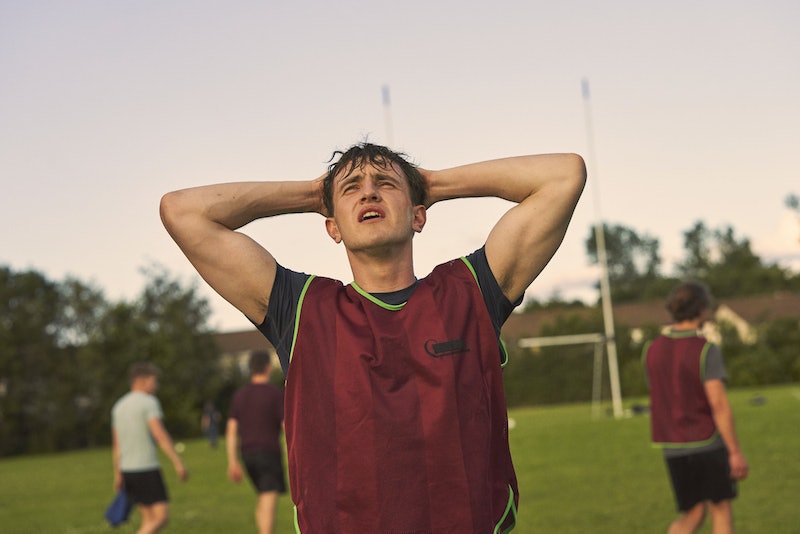 At this point, anyone with even a vague interest in books will have heard of Irish author Sally Rooney. Longlisted for the Man Booker Prize in 2018 and winner of the Costa Novel Award 2018, her second novel Normal People has a sizeable fanbase. They don’t call it “the church of Sally Rooney” for nothing. So, when the BBC said they’d be adapting Rooney’s creation into a series I was made up. The story of Marianne and Connell's relationship is so nuanced and beautiful. But who is Paul Mescal from Normal People? To say that there’s buzz around the series would be a massive understatement and the actor who’s about to take on the role of Connell is very aware that Normal People is no small undertaking.

Mescal is starring opposite Daisy Edgar-Jones who plays Marianne to bring the much loved novel Normal People to life. It’s the first TV acting role for the 24-year-old, who comes from Country Kildare in Ireland. He read the book ahead of his audition and is now a major fan. In an interview with the Irish Independent he explained he identifies with Connell. "Reading the book made me nervous," he told the publication." "I felt, I know who he is, and I know I could do a good job doing that if I was given the opportunity. I had an immediate understanding of how I would go about playing him."

Mescal studied at The Lir Academy which is Ireland's Academy of Dramatic Art. While acting was an early love, Mescal was also a promising sportsman and footballer, playing for his county. He told the Irish Times that the two have plenty in common. “(Acting) has a similar feeling to sport. There’s an element of performance there. When you step into a match, it’s the same type of nervous energy to it,” he said.

After completing his acting training, Mescal started to take on roles in the theatre. While Normal People is his first acting role on the small screen he’s no stranger to the pressure that comes with a big audience. Per his agents, he's taken on the roles of Demetrius and Peter Quince in A Midsummer Night’s Dream with the Rough Magic independent theatre company in Dublin. He also starred in Asking For It as Bryan and he performed at the Gate Theatre in Dublin as Prince in The Red Shoes and Jay Gatsby in The Great Gatsby.

Sally Rooney has been an integral part of the production of Normal People and after he sat down with her to discuss the character Mescal told the Irish Independent, “she's incredible. It's a massive privilege to get to sit down with someone who has that intelligence and emotional sympathy, and get to pick her brain. It put my anxiety at ease, and she gave me her blessing to go and do it."

Normal People will air later this month on BBC Three and if you’re in need of a lockdown pick-me-up this will be the perfect thing. The 12 episodes will depict Connell and Marianne’s intense romance and you only have to watch the trailer to see that this will almost certainly be a tear jerker.

The full series of Normal People is released on BBC Three on April 26, Hulu on April 29 and will air on BBC One (date to be confirmed).