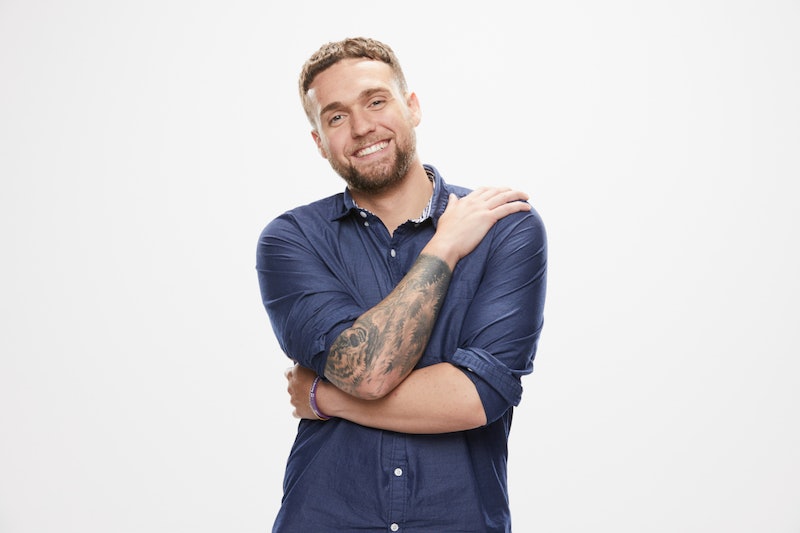 Big Brother is back for Season 21, and with it, there's a whole new crop of houseguests competing for half a million dollars. The series relies on people using their brains over brawn to win the prize, but Season 21 contestant Nick may be able to rely on both. Nick from Big Brother 21 is a therapist, according to his CBS bio, but is also super into sports. Which means that he could have a leg up on any physical challenges the series throws at him. While there's not much to find about Nick online — his Instagram is currently set to private, as is his Twitter page — he's revealed some more details about himself in his CBS bio, although once the live feeds start streaming, fans are bound to learn even more about him.

Nick Maccarone hails from Sewell, New Jersey, where he spends a lot of his time participating in sports, watching various sports, and doing the occasional non-sport activity. He told CBS that the number one item he would want to bring into the house is a football or baseball that he could toss around. He also revealed that he's scored multiple 300's in bowling, caught a foul ball at a Philadelphia Phillies game, has become an NFL scout, and "went 7-8, two homers, and 8 RBIs" in his best doubleheader in baseball.

Given all of his athleticism, there are at least a few Big Brother challenges that he should find himself approaching with a distinct advantage. While Nick's physical ability will come in handy, he is also counting on her personality to get him far in the game — and possibly score him the title of America's Favorite Player.

He told BB alum Jeff Schroeder that he's "genuinely just a good person. I care about other people" and cites former AFP winners as his BB idols. He explains that his plan going into the house is to win the first HOH, a strategy adopted by previous houseguests James in BB17 and Tyler in BB20. He also hope to be able to charm to fellow houseguests and "use some therapy stuff" to manipulate the fellow houseguests into working with him, even if a collaboration is against his competitor's best interests.

While Nick is walking into the house looking to win, he makes it clear that he has some values that go further than money. "I'd rather lose and be loved [than win and be hated]," Nick told Schroeder. "If you win and you're hated, you're a snake or a rat or you're doing something or saying things like your personal views that people don't like and I don't want that."

Even in a game as ruthless and backstab-prone as BB, Nick is going in with a sportsmanlike attitude and an interest in upholding his moral values. However, part of the appeal of BB is seeing people shift and change during their time in their house, and Nick may find himself trying to steal a base sooner than the thinks. Whatever the summer in the BB house holds for Nick, it's clear he's gonna come out swinging.