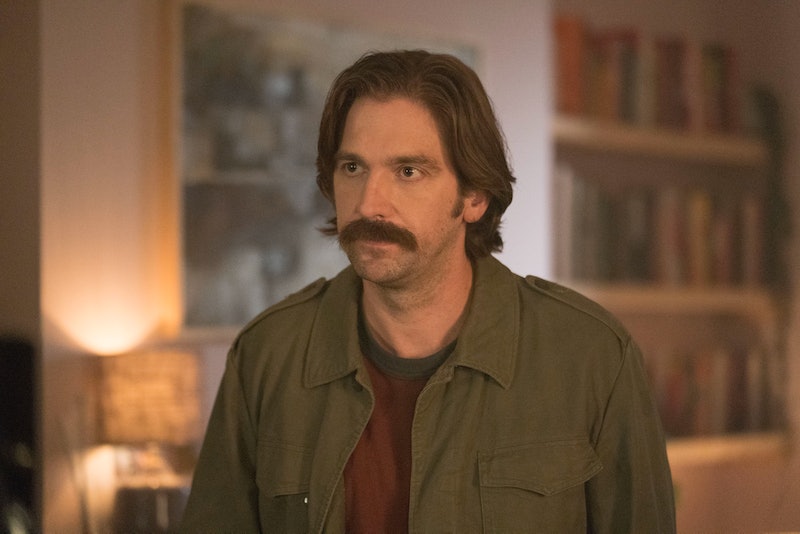 Marriage is often spoken about as the end game for a lot of people. Something to aspire to. So, you meet the love of your life, marry them, have an incredible marriage. Then they fall in love/lust/who knows what with an international serial killer assassin. Right, maybe that's not in the story books, but that is definitely another thing to be concerned about re marriage. It's also what is happening to Niko Polastri, played by Owen McDonnell, in Killing Eve. So who is Owen McDonnell?

McDonnell, as might be evidenced by his name, is not the same nationality as Eve's hunky Polish husband. Nope, he is in fact from Ireland. Yes! I thought I liked him. He is best known for his work on RTÉ's Single-Handed in which he plays Garda Sergeant Jack Driscoll. However UK fans might recognise him for having appeared on legendary shows like Silent Witness, Mount Pleasant, and Spooks.

Anyhow, McDonnell plays Eve's devoted husband. He is a kind and caring man, who teaches maths for a living and is bonkers about bridge. Maybe not the sexiest interest but he is solid as a rock and kind AF. A man who cares about his community and on paper, an ideal partner for anyone. McDonnell spoke to the Irish Film And Television Network (IFTN) last year about the show and he had high praise fo the production.

"The cast are exceptional. Most of my stuff is with Sandra Oh and she is an absolute joy. Works so hard, but respects everyone on set. Her and Jodie set a brilliant tone and standard that trickles down through every department. I think it's a great show and I'm so chuffed to get to be a part of it".

Niko's marriage to Eve is a source of fascination for Villanelle who is hell bent on messing up her obsession's life. Last season she even broke into their home in an effort to get Eve's attention.

There is a serious amount of gender role reversal on the typical spy genre in this show. To see the MI5 security agent be female and leaving her husband at home while she is playing away is super unusual. McDonnell spoke to Vulture about this flip and explained it's what appealed to him about the role.

"To me, that's really interesting that they flipped those gender stereotypes. But also, he is just trying to be a good man and it's not enough. What effect does that have on a person? What does that do to your impression of yourself, your confidence?"

Hell yes to women being represented as powerful and flawed beings. And according to Sandra Oh, who plays Eve, her and Niko's relationship is really on the brink during the second season, with things going from bad to worse. She spoke to the BBC about the strain in their relationship.

"Their relationship is pushed to the limit because Eve needs to explore her darker side, and it’s a line that Niko finds impossible to cross as well. During the series he is forced to wake up to how deep, how far and how dark Eve has gone, but he can’t follow".

OMG, who will she pick? International super hot serial killing assassin, or bridge playing husband. Well, I know which one I would go for.