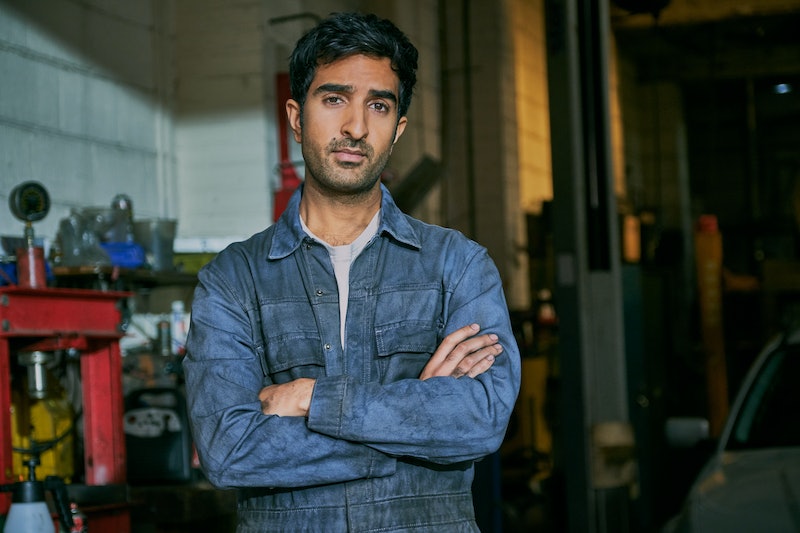 The summer may quickly be drawing to a close, but there's still time to get some last-minute telly watching in before you head back to work. One series you'll want to have ticked off your watchlist is Sky One's comedy Brassic, as it's more than likely going to become the show everyone's talking about in the workplace. If you're ahead of the game and have already ploughed through the six episodes, you may recognise the actor who plays JJ from another summer hit on ITV, Grantchester. So who is Parth Thakerar, and what else have you seen him in before?

Before starring as JJ in Brassic, Thakerar trained at RADA (Royal Academy of Dramatic Art) where he performed in numerous plays, including productions of The Merchant of Venice, All's Well That Ends Well, and Peter Pan. Once the actor finished his training at the academy, he went on to appear in two plays for the National Theatre — The Hard Problem and Macbeth.

As for his career in television, his first role was in an episode of Midsomer Murders, and he has also appeared in the likes of Doc Martin and The Good Karma Hospital. Brassic seems to be Thakerar's first significant telly role, which will be followed by the upcoming adaptation of Aldous Huxley's Brave New World.

For now, though, viewers will be able to see Thakerar in his element as JJ — a character "who has his own life outside the rest of the lads", as the actor described to Bradford Zone. The premise of Brassic revolves around a group of mates who live in the fictional town of Hawley in Lancashire. And as the series is a comedy, it's pretty much a given that the group of lads find themselves in some pretty crazy situations — which is something that drew Thakerar to the series.

"[I] loved that all the lads live in the moment, they live for the now, and they enjoy their time together," he explained. "They do act like complete idiots and make really big mistakes but they have a good time while they're doing it!"

"But aside from the shenanigans the lads get up to, what I loved when reading Brassic was that at the heart of it, it's about friendship, I'd say. Friendship in a really pure sense."

The actor also thoroughly enjoyed the process of making the show and working with the cast, which he's continuing to do thanks to Sky renewing Brassic for a second series. "Genuinely, it's been incredible. All the actors that have come on set have been brilliant and such a great laugh to work with," Thakerar said.

He's grown especially close to actor Joe Gilgun, who plays lead character, Vincent O'Neil. "I've never worked with a person like Joe. He's got such an amazing energy about him and I think he's just so passionate about Brassic because obviously he's lived it to some extent and knows the world we are in so well."

"[Joe]'s been like a brother or a really good friend throughout this whole process and I think he's been like that for everyone. We've all equally become really close and it's just been great and it's been a lot of laughs, a lot of stuff happened on set which I probably can't talk about to you because I'd get us all in trouble!"

Brassic is currently available to watch and stream on Sky & Now TV.