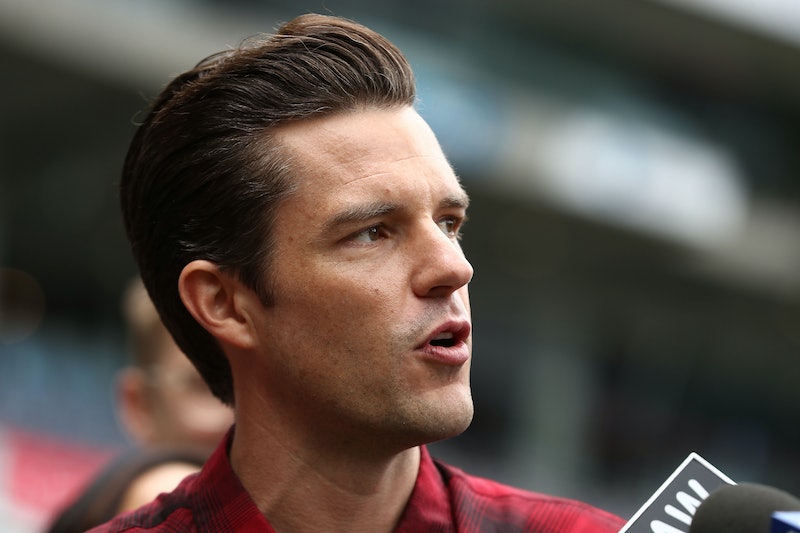 After a year's hiatus, the biggest music festival in the UK is back once again. I am of course referring to Glastonbury Festival, which this year will play host to thousands of music lovers, as well as an awesome lineup musicians — including some of the biggest acts in the world. The first batch of Glasto tickets sold out within minutes, however there are still millions of people hoping to experience the five-day festival for themselves. But who is performing at Glastonbury 2019?

The first poster of Glastonbury 2019 performers has been revealed, and this year promises an incredible lineup. Joining Stormzy as headliners on the Pyramid Stage are The Cure and The Killers, and as it stands the full list of acts includes Janet Jackson, Tame Impala, Lauryn Hill, Vampire Weekend, Christine and the Queens, the Streets, Rosalía, Hot Chip, Lizzo, Sharon Van Etten, Little Simz, Kamasi Washington, Jorja Smith, the Chemical Brothers, Cat Power, Neneh Cherry, Low, Kurt Vile, Interpol, and more.

The acts revealed today will join the previously announced Janelle Monáe and Australian pop princess, Kylie Minogue. More acts are expected to be announced before the epic festival gets underway, which this year will take place between June 26 and June 30 at Worthy Farm near Pilton, Somerset.

According to the Independent, Minogue will perform in the coveted Glastonbury’s legend slot at the summer festival. Her appearance marks 14 years since the "Can't Get You Out Of My Head" singer was forced to pull out of headlining Glastonbury after being diagnosed with breast cancer. Minogue revealed the news of her upcoming performance on social media. In a tweet, the 50 year-old said "I’m so thrilled that I’ll be playing the 'Legend slot' on Sunday 30 June at @GlastoFest 2019. It will be 14 years since I was originally meant to appear there and so much has happened up to now. I can’t wait to see you all there to share this special show."

Minogue will follow in the footsteps of previous legend slot artists such as Lionel Richie and Dolly Parton, and according to the BBC, the singer has opened up about the emotional aspect of performing on the festival's Pyramid Stage this year. Speaking to the Associated Press, she said that it will be "amazing and very emotional" to perform on the stage, and added that she would be "doing what I didn’t get to do all those years ago." Festival organiser, Emily Eavis, appears to share Minogue's excitement. When discussing the Australian's upcoming set, she said "We are delighted to announce that Kylie is finally bringing her show to Glastonbury. We cannot wait."

Eavis also expressed her joy at the news Stormzy would be one of the 2019 Glastonbury headliners. According to the BBC, the festival organiser said she was "Very happy to confirm Stormzy as our first headliner for next year. He's one of the most exciting British artists to come along in years and after seeing him play here in 2017 we knew next time he had to come back and headline the Pyramid. See you there Friday night!"

In addition to today's announcement, there are still rumours circulating that huge names including the likes of Madonna and Sir Paul McCartney will be added to the list of 2019 music acts. However nothing has been confirmed, so we'll just have to wait and see. Exciting times.